Measuring emotional intelligence can be difficult because of its intangible nature. But Dr. Travis Bradberry has analyzed the data from the million-plus people that TalentSmart has tested for EQ to help identify the behaviors that are sure signs you have a high EQ. He shares them with us in this article, originally published on LinkedIn Pulse.

When emotional intelligence (EQ) first appeared to the masses, it served as the missing link in a peculiar finding: People with average IQs outperform those with the highest IQs 70 percent of the time. This anomaly threw a massive wrench into the broadly-held assumption that IQ was the sole source of success.

Related: Why You Need Emotional Intelligence to Succeed

Emotional intelligence is the “something” in each of us that is a bit intangible. It affects how we manage behavior, navigate social complexities and make personal decisions to achieve positive results.

Despite the significance of EQ, its intangible nature makes it very difficult to know how much you have and what you can do to improve if you’re lacking. You can always take a scientifically validated test, such as the one that comes with the Emotional Intelligence 2.0 book.

Unfortunately, quality (scientifically valid) EQ tests aren’t free. So, I’ve analyzed the data from the million-plus people that TalentSmart has tested in order to identify the behaviors that are the hallmarks of a high EQ. What follows are sure signs that you have a high EQ.

1. You have a robust emotional vocabulary.

All people experience emotions, but it is a select few who can accurately identify them as they occur. Our research shows that only 36 percent of people can do this, which is problematic because unlabeled emotions often go misunderstood, which leads to irrational choices and counterproductive actions.

People with high EQs master their emotions because they understand them, and they use an extensive vocabulary of feelings to do so. While many people might describe themselves as simply feeling “bad,” emotionally intelligent people can pinpoint whether they feel “irritable,” “frustrated,” “downtrodden,” or “anxious.” The more specific your word choice, the better insight you have into exactly how you are feeling, what caused it and what you should do about it.

It doesn’t matter if they’re introverted or extroverted, emotionally intelligent people are curious about everyone around them. This curiosity is the product of empathy, one of the most significant gateways to a high EQ. The more you care about other people and what they’re going through, the more curiosity you’re going to have about them.

Only 12.4% of all board seats filled by women in India: Deloitte

Never give up! You can go further than you think | Arnoddur Magnús Danks 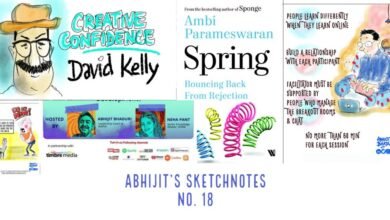 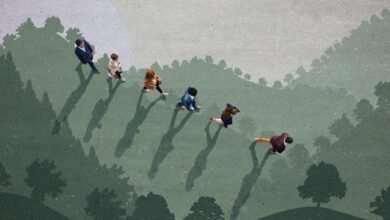