A standard clause in every Terms & Conditions of Employment or the HR Manual is that your Compensation & Benefits is confidential and demands that employees not to share wage information with coworkers and if found to have violated will lead to disciplinary action including termination.

The Compensation package and the whole process of fixing the Compensation is a Black Box. No one really knows except the HR Head and the CEO in many organisations. Even the immediate Manager doesn’t know or have a say in fixing compensation.

In most organisations , your salary is just a reflection of your negotiating skills.

How would you feel if your co-workers could see your payslip? Afraid they’ll think you’re overpaid & you cannot justify ? Defensive, because you think you make too little?

HR Managers would argue “if everyone knew what everyone else was making, all kinds of problems would follow. People would start comparing, become envious and could lead to interpersonal tensions and the management would be inundated with complaints and requests for pay corrections/increases.”

They would also argue that our  our culture teaches that money matters are private. And that’s the way it should stay.

More employers in US, from Whole Foods Market, with 91,000 employees, to smaller companies such as SumAll and Squaremouth, are opening up companywide salary information to all employees. They generally don’t disclose it to the public—but one company, Buffer, posts all employees’ salaries on its website. The idea of open pay is to get pay and performance problems out on the table for discussion, eliminate salary inequities and spark better performance.

Recently, startup Buffer, which allows users to schedule social media updates, announced that it had adopted an open salary policy. That’s right. Every Buffer employee knows what every other Buffer employee earns, and every employee also knows the formula for how salaries are determined. Further all the salaries have been posted on the Internet for the whole wide world to see.

A core cultural tenant of Buffer’s is to “default to transparency” because transparency leads to trust, and the powers that be at Buffer value trust. Actually, when you put it like that, it’s pretty simple. In a transparent company, your compensation is determined by market dynamics.

We had tried it out in one of my earlier organisation that I used to work for – Co Systems India in early 2000. We had a flat organisation structure and the CEO wanted to build an Open Culture and was supportive to the idea of a Open Pay policy. Hence we had a flat Organisation Structure & Pay Bands were flat and open. The Salary Bands were like this

Every one was on same pay for a given Position / Level. The salary levels were significantly higher than competition in 2000. Irrespective of what an employee was drawing in his/her previous organisations, they would be brought on to the common salary even if it meant 50-60% increases. Performance Ratings were also open and shared. So employees would be able to calculate the revised salaries of people. You would know what your Manager & higher Executives right up to the CEO is drawing. It was a small company of around 300 employees but it worked.

Moreover we have the examples of the Public Sector Organisations in India. The Maha Navratnas viz. BHEL, BEML, ISRO, DRDO, Coal India, NTPC, Steel Authority of India, Indian Oil Corporation etc. All their Salary Bands are open and every employee has an idea of what each one is drawing. They have the highest rates of retention, employee satisfaction and are some of the most successful Business Enterprise in the country. Look at the feat that ISRO achieved with the MAR’s mission. There is no other organisation in the world that could have done better in all parameters cost, quality & delivery.

But open pay also is sparking some awkward conversations between co-workers comparing their payslips, and puncturing egos among those whose salaries don’t sync with their self-image.

Normally, salary changes are determined by time, not value. Live and breathe through enough performance reviews, and pay goes up. By establishing a Free Marketplace, open salary policies establish meritocracy.

In many organisations Compensation is used as an instrument of manipulation and discrimination. People doing the same work with almost similar profile (education, experience & skill) have huge gaps in their pay on comparison. I have seen in my career BU Heads leading huge Businesses with wide disparities. One BU VP was drawing just Rs.60 lakhs per annum, while at the highest end there was a BU Head drawing nearly Rs. 2.2 Crore Salary and almost equal to the Managing Director. The Support Function Heads were generally drawing (an average of a 1 Crore salary) more than the BU Heads who were generating revenues of 500 Crores + Almost all the BU Heads were similar in profile.

All this can be put to an end if we adopt to an Open Pay policy. Transparent salaries are the most effective way to end pay discrimination. Women continue to make 78 cents to every dollar men make – but good luck trying to pull that crap in a company with open salaries. Armed with indisputable proof of a wage gap, people will speak up. Discrimination on gender, race & region – whether it’s conscious or subconscious – will stop.

Inevitably, employees find out what their co-workers make in most organisations despite that fact that is supposed to be secret, and that moment is often their cue to start looking for greener pasteurs and a new job. With open salaries, discrepancies become motivation to step up your game. With a transparent and meritocratic compensation policy, you will retain more employees.

If you intend to be evil, want to manipulate and retain control, open salaries and transparency are not for you. If you hide salary information from employees, you will live guilt and in denial mode. Eventually, compensation secrets always leak and employees leave the company without discussion. People get too distressed and offended to talk about secrets that they are not supposed to know.

An open salary policy might attract progressive, forward-thinking employees who like the idea of working in an organization that entrusts employees with information that other companies literally keep under lock and key. It will also put pressure on employees drawing higher salaries to justify their rewards and shore up their performance or force them to exit. It will truly embrace a culture of Pay for Performance and that’s how it should be.

Even our laws stipulate a policy of “Equal pay for equal work” but employers through their HR department find ways to ingeniously manipulate and circumvent the spirit behind the law.

Open Salary is an intriguing idea, and organizations with a proven track record of openness might benefit greatly from the adoption of a Open Salary policy that has the potential to severely reduce the angst associated with who earns what, and more importantly, how compensation is determined and employees rewarded. It will no more be the single biggest weapon of the HR Department to manipulate and discriminate employees.

Secrecy and confidentiality leads to shadows and leads to inequality, fear and resentment. In business, some of the most basic moral principles are violated under the banner of confidentiality, discretion, privacy and efficiency. Discretionary powers breed corruption, nepotism and is the cause for all evil. You cant build your culture of transparency on a foundation of white lies, and watch it crumble beneath your employees.

Its time progressive HR & Leaders give it an open thought and isn’t it another step in good Corporate Governance ?

Women in Leadership: Raise your Hand

What a startup can learn from the movie Dangal? 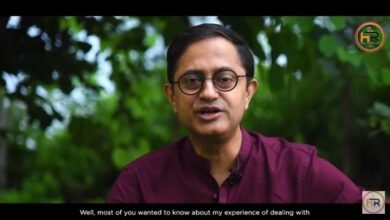