Source | Linkedin.com  | By : Sallie Krawcheck, CEO and Co-Founder of Ellevest

At yesterday’s Empire Fintech conference in New York, I was asked to speak on the topic of “How to Build a Great Company,” bringing in my perspective from my past life as a big company CEO and now as a start-up CEO at Ellevest.

Which is harder? I’ve said it any number of times: being a start-up CEO is harder than running Merrill Lynch (and I would know). And I don’t think it’s even close.

That’s because building something out of nothing is harder than “running something.” And it’s because it’s hard to get potential users and customers to change their habits and try something new; there are some estimates that a new product or service has to be 10x better (!!) than what people are currently using, in order to convince them to change. And it’s because you don’t have a lot of room to make big mistakes when you don’t have much cashflow. One or two, maybe three….but more than that and you can be out of money.

So, to build a successful start-up, it can take everything you’ve got.

But, spend much time reading about start-ups, and you might think it takes the two P’s: passion and product. Gotta get the product right, gotta find product-market fit, gotta “play to win.”

Of course, those are important. They are in fact crucial. But they’re not everything.

First off, it’s hard to have a great product, beyond the first version, if you don’t have a great product manager. So add that one to the list: someone who can juggle needs vs wants…who understands the user inside and out…who advocates for the user…..who is seen by the team as a fair broker among competing interests…who balances the long-term vs the short-term…..who balances wow’ing the user with paying off tech debt…..who gets better and better at driving the product with every sprint.

But that’s only the beginning.

It’s having a co-founder who’s completely different from you: different experience, different approach, different perspective. I like to joke that, at Ellevest, my co-founder and I agree on nothing (which of course isn’t strictly the case); and that means that our senior team should spend zero time trying to make both of us happy and instead make the case for what will make our client most happy.

It’s identifying the one or two things that the business has to have that you can’t compromise on….and then not compromising. For me, at Ellevest, it was the Chief Investment Officer and the Chief Compliance Officer. Because we were embarking on a radical re-thinking of investing, I wanted to have a Chief Investment Officer with tons of experience, but who could think creatively. It took me a year – one solid year – to find her, but I did in Sylvia Kwan. And, while many “fintech” start-ups hope to fly below the radar screen on regulations, I also believe in the importance of a strong Chief Compliance Officer, with decades of experience.

Tips for Succession Planning at Your Small Business by OPEN Forum 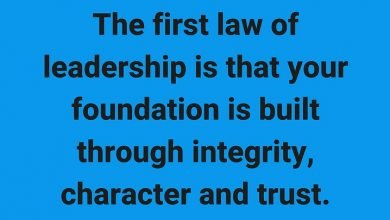 The Challenge of Leading In A Culture of Distrust.