The $143 billion Indian IT industry is currently grappling with an issue of truly epic proportions that promises to demolish its fundamental leverage. This is an industry that has for long been considered India’s sunrise industry and a huge foreign exchange earner. But, all that is set to change.

With the H-1B Reform Bill being introduced in the US House Of Representatives, the industry’s single most important operating lever- labor arbitrage, will vanish into thin air. It will be replaced by uncertainty and change of a magnitude that the industry has neither encountered nor dealt with. Leading Indian IT companies have already lost over $5 billion of market capitalization since the introduction of this Bill.

Among others, this bill seeks to double the compensation to H-1B holders to a minimum of $130,000. It would allot visas to employers who offer the highest salaries and not through a lottery, as is current policy. It also seeks to set aside 20% of the allocated H-1B visas each year for startups (firms with 50 or fewer workers).

Darwin’s theory on Origin of Species suggests that the strongest species will move forward and espouses the survival of the fittest. If you apply this to the Indian IT industry 157 years later, it still fits like a glove.

Over the years despite its fast paced growth, this industry has grown a little complacent. When you rely on external factors to sustain your business and do not strategize to anticipate and offset the impact of adverse changes in the environment, you have very little to fall back on when things really change.

Consider the position of this Industry.  On an average, large players get 60% of their revenues from a single geography, USA. And, invariably all of them bank very heavily on labor arbitrage in fulfilling their commitments and securing their margins.  The new bill will change all this.

However, despite all the doomsday prophecies, the US H-1B Visa bill could be one of the best things that happened to this industry and here is how it could be beneficial:

In the construction industry everyone knows that a building is as strong or weak as its foundation. If you build a 50 floor building on a two-floor foundation, it is a disaster waiting to happen. It is the same with this industry that depends on the existing immigration regime in USA to continue unchanged, which is a utopian assumption.

Real growth of business is only feasible when it is sustainable over time. Industries that depend on external factors to survive and grow are not really in a sustainable mode of operation. And, this applies to the Indian IT industry as well.

The industry now has an opportunity to come up with a sustainable business model that will not only be beneficial to itself and its host country but also survive the test of time. Companies that rise to the challenge will emerge really strong and also learn to conduct their business in a way that will positively benefit their host countries.

Ten Things Your Boss Doesn't Need To Know About You

10 Best Companies To Work For In Bangalore Coding Coolies – The Pseudo IT Maya 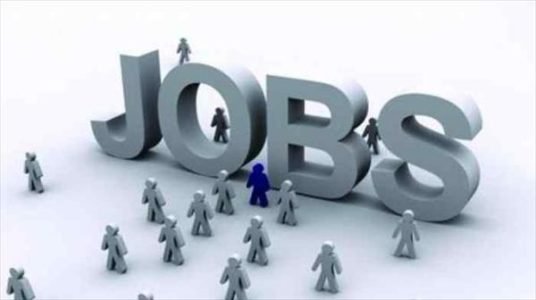