As spring fever bursts into bloom, a lot of people start to think about shaking up their lives. We end relationships, look for new jobs, and try to find ways to better our careers—like, for instance, going to grad school. After a post-recession dip, grad school enrollment is back on the rise, and you might be wondering if you, too, should pursue more education.

There are plenty of good reasons to earn a post-baccalaureate degree. But if you’re like most Americans, I’d argue against it.

I come from a family rich in grad degrees: two PhDs (my parents), a JD (my brother), and a Master of Public Administration (my sister). As the baby of the family—and, for the record, a highly competitive smartass—it would be reasonable to expect that I’d follow in my family’s footsteps. And yet, unlike my parents and siblings, I ultimately made the decision to end my formal education after securing my BA.

Growing up, it was pretty much assumed that I’d spend more than four years in the old Ivory Tower.

I wasn’t always anti-grad school. Growing up, it was pretty much assumed that I’d spend more than four years in the old Ivory Tower. An argumentative child, I heard more than once that I should consider law school; a fixation with Star Trek’s Dr. Crusher had me briefly convinced that medical school lay in my future. Once it became clear that my true passion was sexual health, I looked into getting a master’s degree in public health. And during one unsatisfying bout of employment, I had a long chat with my mother about following in her footsteps and getting my own doctorate. I’ve taken the LSAT (97th percentile, for what that’s worth) and the GRE. But ultimately, I always returned to the conclusion that going to grad school isn’t the right decision for me.

As I said earlier, I’m aware that there are plenty of really solid reasons to get a postgraduate degree. If you want to working in law, medicine, or academia, an advanced degree is pretty much mandatory. And if you’re one of the lucky few who’s able to get a free ride, and maybe even a fellowship, then by all means, go pursue your grad school dreams. But most would-be grad students aren’t looking at those kinds of options.

Every time I’ve considered going back to school, I’ve done a cost-benefit analysis—and for me, that analysis has never worked out in academia’s favor. My law school dreams died when it occurred to me that the kind of do-gooder law I was interested in would likely leave me in debt for the rest of my life (and also when I realized that “liking to argue” is but a small part of a law career). My potential public health degree stopped making sense when I realized the small salary bump I might secure wouldn’t balance out the money—and time–I’d spend getting the Master’s.

As for that PhD? I was only interested in it as a path to “finding myself,” which may be the worst reason of all.

And as for that PhD? Well, I was only interested in it as a path to “finding myself,” which may be the worst reason of all to go back to school. (Oh, and I gave up on med school the day I realized that being a space doctor wasn’t a real job.)

Statistics show that underemployment rates remain stubbornly high for millennials–even ones with college degrees. This might seem like a good argument in favor of more education. But at a time when the national student loan debt is over a trillion dollars, with about 40% of that amount from graduate and professional degrees, it’s worth putting serious thought into the decision. If you are still thinking about grad school, I’d advise you to do your own cost-benefit analysis before making any binding decisions.

A couple of things to consider:

Why do you want to go to grad school? It’s a really basic question. But it’s also one that many people don’t stop to ask, instead treating a grad degree as the next, inevitable step on the staircase of higher education. If you’re just going to grad school because you don’t have any better ideas, you should probably reconsider your plan. There are vastly cheaper—and far less time consuming—ways to do a little soul-searching.

If, on the other hand, you have a concrete goal in mind—whether that’s becoming a lawyer, writing your novel, or gaining the skills that’ll push your career to the next level—grad school might actually be a good decision. Which brings me to the next question to consider.

Will grad school actually help you achieve that goal? If you want to be a high-priced, fancy lawyer, there’s no question that you’ll need a grad degree. But merely getting that law degree isn’t going to ensure you that fancy job—far from it. Study after study has shown that post-school employment rates are abysmal for law-school graduates; to put it bluntly, there are far more aspiring lawyers than the job market needs. Going to law school may lead you to your dream career, but it also may lead you to a part-time job as an LSAT tutor. It’s important to consider both outcomes before sending off that tuition check.

Are there other ways to achieve that goal? In the publishing world, there’s an ongoing debate known as MFA vs. NYC (it’s even spawned its own anthology of essays). While some make the claim that getting a master’s is the best way to hone your writing—and connect said writing to the agents, editors, and publishers who’ll help you get ahead—others argue that immersing yourself in the New York literary scene is all you need to write and publish that novel that’s inside you.

Destination Unstoppable with Maureen Monte – A Journey of Strengths

How to not screw your career! 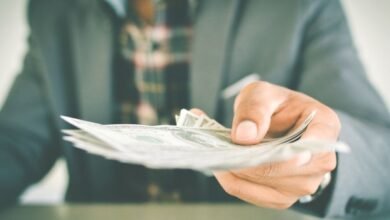 How to Increase Your Employees’ Satisfaction Without Giving Them a Raise 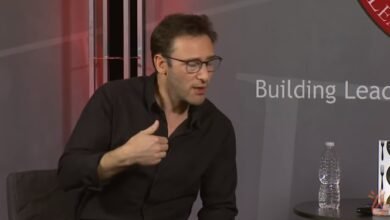 Businesses Do NOT Exist to Make Money | Simon Sinek 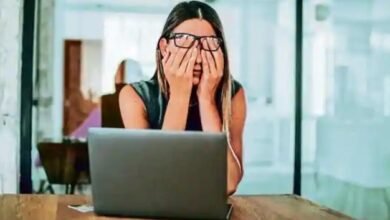 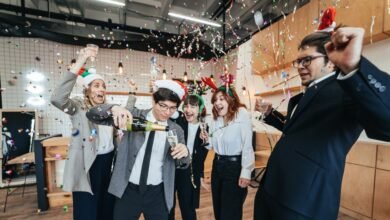 Planning a Corporate Event That No One Will Forget