The British had long justified colonisation using different stories. Before the 1857 Uprising, they said British were saving Hinduism from oppression of Muslim rulers. They propagated the lie that they were using Indian soldiers in Afghanistan not for Company interests but to get the doors of the Somnath temple stolen a thousand years before by Mahmood of Ghazni.

After the 1857 Uprising, as the Freedom Struggle and nationalism started to take shape, they said the British were bringing civilisation to India where Brahmins were imposing barbaric practices such as caste, sati and child marriage. In the face of this push back, Bengali intellectuals, influenced by English and Christianity, became defensive and critical of Hindu practices and led the ‘reform’ movement. The reform movement annoyed traditionalists. It led to the articulation of the word ‘Hindutva’ by Chandranath Basu in 1894, who insisted Hindus were Aryans, or civilised, in the ways of the Vedas and that Hindu practices did not need any reform.

In the 1860s, the term ‘Aryan race’ emerged in European intellectual circles thanks to Max Mueller. He did not mean it biologically as the Nazis would later in 20th century. Initially, Aryan was used for Indo-Iranians only. Later, when linguists saw the relationship between Latin and Sanskrit, it was concluded that there was a Western (ie European arm) of Aryans as well. This meant the British rulers of India were distant cousins of Indians. This information gave Indian elite a sense of pride, a connection with their masters, but slowly the strategic nature of this story was realised and freedom fighters were not amused. The British now had a new story for its presence in India: Aryans entered India, first as Brahmins thousands of years ago, and then as British in recent times.

Lokmanya Tilak used the phrase “many days before the sunrise” in the Vedas to conclude the original homeland of Aryans was North Pole. Dayanand Saraswati, who did not like foreigners telling Indians about India, said original humans came from Trivistapa, which is now Tibet, and insisted Aryans meant civilised people. Swami Vivekanand insisted that there was no mention of a foreign homeland in Vedas. This happened in early 20th century. Harappa had not been discovered.

In 1920s, Harappa civilisation was discovered. To explain its collapse, Mortimer Wheeler came up with the infamous Aryan Invasion Theory (AIT). The story was: Aryans enslaved the local population and made them Shudras, which meant Brahmins were invaders just like Muslims and Europeans after them. This theory exploded at the heart of the Freedom Struggle. The moral superiority of elite Hindus, especially Brahmins as native people of the soil, was challenged. BR Ambedkar seized on this idea as did the newly emerging Muslim lobby.

By this time, Buddha had also been discovered in Europe and seen as the ‘light of Asia’. Buddhism egalitarianism seemed the opposite of Hindu caste hierarchy. Orientalists amplified the opposition: Buddhism was projected by Europeans as a non-Aryan revolution against Aryan Brahmin orthodoxy.

They argued Brahmins eventually kicked Buddhism out. Savarkar believed Buddhism made Hindus weak and pacifist with doctrine of non-violence, which is why we lost our military might, and despite Rajput intervention, fell before Muslims. Ambedkar argued that Brahmin opposition to beef had to do with opposition to Buddhist communities who were later made ‘untouchables’ by Brahmins.

These ideas were politically volatile and historically inaccurate. But they still shape Indian society in the 21st century — the arguments against Brahmins in Dalit literature and the rise of scientifically dubious “Out of India Theory” (OIT) in the 1990s by European and American sympathisers of Hindutva such as Koenraad Elst and David Frawley, that got them invited to every Right Wing conference. They proposed a global conspiracy to deny India its place as the centre of human civilisation – that Aryans established the Harappan civilisation and spread to Europe from India via Eurasia. Anyone who opposes this idea today is trolled, threatened with violence. It is to Hindutva what Creationism and Flat Earth is to American Bible Bashers.

The European romance with Aryans ended with the rise of Nazi Germany. Meanwhile research into the ‘historical’ Aryan continued. Archeologists, linguists and geneticists are now fairly sure that Aryans came to India via Iran around 1500 CE from the region what is now called Kazakhstan AFTER the Harappan civilisation had collapsed owing to climate change and AFTER chariots were invented in 1800 BCE. It was not an invasion; it was a slow migration, mostly of men, over centuries.

Near Afghanistan they found a stimulating herb called ephedra (Soma) that was part of their song; but this had to be replaced by substitutes by the time they reached the Ganga. Besides horses, chariot technology, a military prowess and a nomadic lifestyle, Aryans brought a language with them which evolved in the Gangetic plains to what is now called Vedic Sanskrit. This has the unique retroflex sound ‘dh’, of dharma that is not found in any previous Aryan language (Proto Indo European) outside South Asia. This Vedic language and its accompanying priestly culture spread across the subcontinent over a thousand years, from 1500 BCE to 500 BCE, and were familiar to Tamil poets of the Sangam period.

How Artificial Intelligence Is Helping Fight The COVID-19 Pandemic 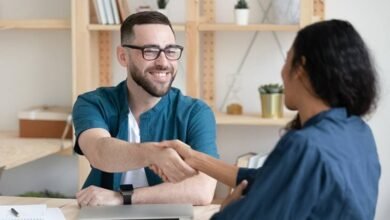 The Great Resignation Explained Through Data: How Businesses Can Thrive 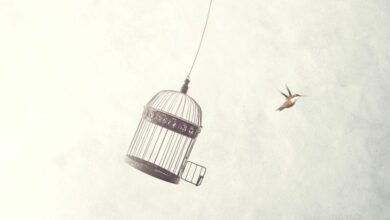 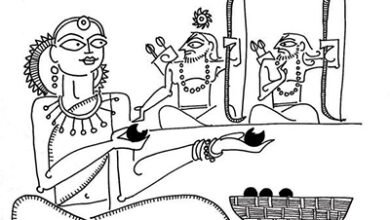 Can the Ramayana Be Feminist?