Michael Bungay Stanier is a fantastic coach and author, who has written two books The Coaching Habit and Do More Great Work, which have sold close to 600,000 copies. Recently ranked by Thinkers50 as one of the top 8 coaches in the world, Michael is a member of our 100 Coaches and senior partner of Box of Crayons. Michael’s coaching incorporates asking questions. In this week’s interview Michael gives us what he believes is the important coaching question you can ask.

Marshall: Michael, I love your philosophy and I love the idea of asking questions. If you had to say what is that one question that’s the most important, what is it?

Marshall: And, what’s the one?

Michael: I love them all. I don’t have children, but if I did have children, they’d be like my children. They’re all great in their own way. But if there was one question, I would say this is the best coaching question in the world.

Marshall: What is it?

Michael: It’s three words. Just three words. The acronym for the three words is A W E, so it’s literally an awesome question. And question is this: “And what else?”

Marshall: And what else?

Michael: “And what else?” I know when I tell people that’s the best coaching question in the world, there’s almost a palpable sense of anticlimax in the room. They think, ‘Oh I thought it was going to be something amazing. Something that would open up the universe…’

Michael: Well, thank you for saying that. Here is why “And what else?” is so powerful. Two reasons. First, the first answer somebody gives you is almost never their only answer and it’s rarely their best answer.

So, if you lead with any of the other questions, like “What’s the real challenge here for you?” Or “What do you want?” Or, “What was most valuable from this conversation?” They’ll give you their first answer and then you go, great, “And what else?” And they’ll always have something else to say, so you’re helping them learn. You’re helping to be a teacher for them.

Here’s the second reason “And what else?” is so powerful. It’s a self-management tool. Most people struggle to keep curious in conversations. And when you ask something like, so “What’s the challenge here?” And they give you an answer. Part of you thinks, ‘Oh, this is amazing. We’ve found an answer. Let’s get on that.’ And what I would call the ‘advice monster’ springs up out of the dark and starts adding value to the conversation.

What you’re trying to do, though, is to tame your advice monster. Keep it quiet in the background. Asking “And what else?” is a self-management tool to keep your advice monster quiet, to stay curious a little bit longer, and to see where this conversation leads.

Marshall: I love it.

Michael: So if you’re going to add one coaching question to your repertoire, make it “And what else?”

Marshall: “And what else?” Thank you! 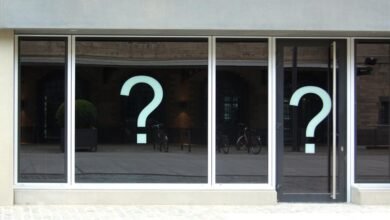