Why are some people so good at what they do whereas others struggle with the most basic of tasks? Have you ever wondered if you were capable of achieving more in your work and life?

This question is what researcher Anders Ericsson has spent most of his career pondering. And the answers might surprise you.

In his recent book, Peak, Ericsson points out the obvious fact that many people in our world appear as if they are endowed with certain genetic gifts and abilities that seem downright superhuman. But where do these gifts actually come from? Can anyone become an expert? Or is that category reserved for only the elite?

Take the example of famous composer Mozart, who at the age of seven years old appeared to have “perfect pitch.” He understood music at a level of expertise that is uncommon for most adults.

Surely, that was a gift. Wasn’t it? Maybe not.

Starting at the age of four, young Mozart began working full-time with his father, who was also a musician, on practicing the violin, keyboard, and other instruments. By the age of seven, he had put in more hours than most students graduating from Juilliard School in New York City.

So was Mozart born with some special ability to discern musical notes in a way that most people cannot? According to science, no. Nonetheless, Mozart was gifted. He had the same gift we all have. He had his brain, a brain that is capable of achieving a level of performance that looks a lot like magic to those who don’t understand it.

The “gift” that we often talk about is your ability to learn, and grow, and adapt. And that’s a gift we all are born with. In other words, you’re closer to reaching your personal peak than you may realize.

I learned this in reading my last book, The Art of Work, in which I studied Ericsson’s research on deliberate practice and compared it to my own study of individuals who had discovered their life’s work. And what I learned surprised me.

The hundreds of people I interviewed, people who appeared to be “gifted,” were, in fact, no more gifted than you or I. They had just learned how to practice.

So here are three tips for how to accelerate your performance and reach your own peak sooner:

Employees Have No Rights: The Real Google Lesson

11 Simple Habits that Will Help You Achieve Anything You Want 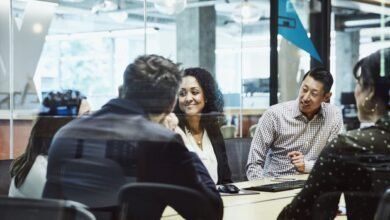