Startup Land, the place where I’ve been living for the past year, is full of ridiculous jargon. I thought I’d start a list to give those of you who have never been to Startup Land or are planning on holidaying there in the future, a brief understanding of the lingo in the hope that you’ll be able to communicate with the locals. If you’re a current resident of Startup Land, feel free to add your own.

A word that a startup uses to make themselves sound, erm, well…disruptive, despite the fact that every other startup labels themselves as disruptive, leaving the rest of us wondering “is anybody actually disruptive?”

A term used by a startup for no other reason than it needs money. Preferably now. This minute. Please, our team are starving.

A term used by startups after a single Google search reveals no similar businesses on page 1 to 3.

A label given to English startups after they accidentally acquire a customer in Wales.

A jumble of nonsensical jargon practiced repeatedly in case a founder is ever stuck in a lift with Richard Branson. Which they won’t be. Ever. Richard Branson isn’t even real; he’s a hologram.

The point where a startup realises their idea is shit and decide to take the business in a different (and probably shittier) direction.

The point where a startup acquires initial money from investors into an idea that will pivot so often in the coming months that it will end up looking absolutely nothing like the business the investors invested in in the first place. It probably won’t even have the same name.

What to Do About Mediocrity on Your Team 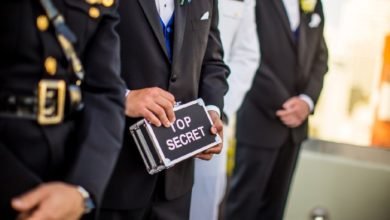