Workplace conflict is a serious issue and is often an unavoidable one. Conflict in the workplace can become destructive when anger, jealousy, and other strong emotions turn the focus away from problem solving and toward personal attacks. Destructive conflict can ruin relationships among workers, interfere with productivity, destroy teamwork, and contribute to employee absenteeism and turnover.

One of the most important tasks of the manager is to resolve workplace conflict in a constructive way before it escalates and effects others on the team. Before a manager can be effective at resolving workplace conflict, it is necessary to understand and identify the causes in order to find a successful resolution.

The two broad categories of causes of workplace conflict

Workplace conflict can be traced to a plethora of causes. In a study conducted by Boston University, such causes can range from differences in personalities and styles to personal issues relating to ideology, cultural practices, childcare issues and even substance abuse. According to this study, organizational factors like leadership, budget and core values are other contributing influences. In fact, workplace conflict can flare up for seemingly no real reason at all. However, studies show that all the causes of workplace conflict can be categorized broadly into two areas. These are as follows:

Substantive conflict refers to the disagreement and conflict that exists between two co-workers about how they get their job done. The two co-worker may belong to the same team or they may perform two interdependent aspects of a single task. How a does his or her work is going to influence the quality and punctuality of work of person B. alternatively, they both have very different and very fixed idea about how the particular job should be done and both are completely convinced that their own way is the best. The conflict may start as a disagreement about how to do a specific project, but it escalates to cover every subsequent activity so much so that A cannot tolerate or like anything that B does or vice versa. It is vital for the manager to intervene and mediate when the above type of conflict develops. The good news is, both the parties are passionate about their job and are intelligent enough to think of new approaches to it. With successful mediation, something very positive can be salvaged from this situation and the progress of the company can continue unabated.

This type of conflict is far more common and is much more difficult to solve by mediation. Personality based conflict arises not from any job related issues but from the difference in the personalities of the two coworkers. These traits may or may not affect productivity, but they simply get on the nerve of the coworker. Have you got a colleague who insists on having loud music on all the time which you just hate? Or is there someone who makes inappropriate jokes and expects you to share in them? These are all ripe grounds for personality based conflicts.

When analyzing the factors leading to workplace conflicts, many different views have been noted. They can all be classed under one of the above two categories. The most common causes of workplace conflict can be described as follows:

It’s the task of management to very clearly the responsibilities of each individual worker. Often, the work environment is such that one person’s performance depends on other team members. This interdependence creates the possibility of blame shifting and refusal to take responsibilities for any problem. Conflict is inevitable in such cases.

Whether it is two departmental heads fighting over the annual budget allocations or two colleagues trying to use the single copier in the office at the same time, limited resources are sure to spark and fuel workplace conflict. Such resource may range from personnel to money to equipments and such others. Workplace conflicts regarding limited resources may escalate into full-fledged departmental warfare if proper mediation is not done in time.

In order for a company to flourish and expand, two categories of workers are needed. You require the free thinker who breaks boundaries and sees outside the box, but you also need the meticulous and plodding workers who like to keep an eye on the bottom line. However, you can easily imagine how difficult it will be for the two people with the above characteristics to work together in an interdependent manner. Each regards the other as a stumbling block to the progress of the company. The clash of personality traits of the coworkers is a major cause of workplace conflict. In today’s global economy, a multicultural dimension has been added to this problem. Very seldom will you find a firm where all the people working belong to same race or religion. The cultural differences reinforce the personality clash.

Other Causes of Conflict

Apart from the above listed causes, workplace conflicts may be caused by several other different reasons. Workplace romance or inappropriate sexual advances is one common source of conflict and can lead to the accusations of favoritism and nepotism. Similarly, generational differences among the coworkers may cause tension. Where people of different ages work together gaps in communication or style of working can develop easily. Types of workplace conflicts based on causes The workplace conflicts that occur due to the above causes can be categorized into four distinct types. They are:

This type of conflict occurs over facts or data. It is a result of poor communication. For example, when using colloquial expressions, it can be interpreted in different ways. When one party says ‘first thing in the morning’, does he mean the same thing as the person to whom he is speaking? Similarly, confusion may arise when the two persons are getting conflicting data from two different sources.

This type of conflict occurs over process or methods. Each of the two parties thinks that their way is the best and negates the other person’s ideas.

The third type of conflict occurs over purpose and is one of the most difficult to resolve. Here, the two conflicting parties visualize the ends and objectives in two completely different ways. This often results because the basics have not been clarified in the beginning and the ground rules have not been laid.

The most emotionally charged type of conflict is over values or rather, interpretation of the values. Each party is completely convinced of the truth of his stand and is not willing to consider any other viewpoint.

The styles of workplace conflict

When workplace conflict develops due to any of the above causes, it is mostly expressed through negative styles. These are as follows:

The above negative styles of conflict are the most common and they affect the efficiency and productivity of the company in the worst way. It is the task of the management to keep a sharp lookout for conflicts such as these and nip them in the bud. Harvard researcher says the most emotionally intelligent people have these 12 traits. Which do you have? 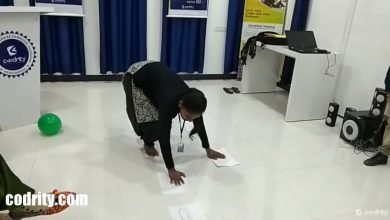