Great relationships between chief executive officers (CEOs) and chief financial officers (CFOs) have always been lauded. Think Indra Nooyi, chairman and CEO of PepsiCo, to Hugh Johnston, vice-chairman and CFO of PepsiCo, and her famous comment, “Hugh and I can finish each other’s statements.”

Management thought leaders like Prof. Ram Charan have also highlighted the role of the golden triad of CEO, CFO and CHRO (chief human resources officer) in successful organizations. But what about the bonding between the duo, i.e. CEO-CHRO? Think hard and you will find examples of some that worked really well or are even, as we read, working well. And what actually gets this relationship ticking is interesting. Especially in today’s context: With the Companies Act, 2013, and the key role that the board has to play in the human capital development of C-suite executives, this relationship assumes greater importance and comes into sharper focus.

So what does it take to have a great CHRO and CEO relationship? The relationship between a CEO and CHRO is really like that between a coach and captain. Not in the football sense, but in the cricketing sense. “A successful CHRO supports his/her CEO by serving as a coach, mentor and sounding board through difficult decisions,” says a report from Executive Monitor, “The Rise Of The CHRO”, released by global executive search firm Boyden in October.

The CHRO is expected to advise the CEO on human capital strategies to achieve the highest levels of performance in the organization and tap into the potential of key employees, in the process ensuring the CEO has the best bouquet of talent to choose from. While doing this, the successful CHRO may remain on the sidelines, but his/her presence and support to the CEO should be subtly pervasive in the organization.

The Definition of 'Job Search Insanity'

What happens in your brain when you pay attention? 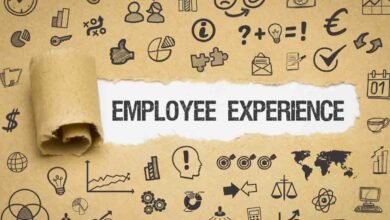