Selling great experiences is the job of marketers, right? Well, they have competition now. HR departments in future-ready organisations are going all out to wow their employees with rich experiences. In some cases, especially in start-ups, the experience creators are the founder-CEOs themselves.

There is a good reason why companies are doing this. As Andrew Mitchell, CEO of Rewardian, a rewards and recognitions company, says, “Millennials do not want lifelong jobs, but are seeking experiences at the workplace.”

So, from the hiring process right through onboarding to the actual work and rewards, organisations are trying to create great experiences at each stage of the employee journey.

Look at the way Sapient disrupted hiring earlier this year. It wanted to tell candidates that a job at the consulting company was a journey and not a destination, and so it created a talent-spotting campaign called ‘Troublemakers’ where interviews were conducted on a train.

It started with a microsite, where the application was in the form of a fun quiz. And then the job interview itself was conducted on a train — the Rapid metro that plies through Gurugram — with some of the questions based on the Cybercity neighbourhood.

According to Kameshwari Rao, VP, People Strategy, Sapient India, the campaign was crafted keeping in mind the millennial working style and preferences. She points out how, increasingly, HR functions are moving towards an experiential hiring model. “The Troublemakers express was our effort to offer one such engaging hiring experience to young, curious minds that align well with our vision,” she says.

At Hike, the vibrant chat app start-up founded by Kavin Bharti Mittal, employee experiences have been taken to an altogether another level, crafted mostly by its

passionate young CEO. Says Mittal, “I founded this company on my love for building great things and the belief that the only way to build meaningful experiences is by trying

to understand how human beings function and live their lives. That applies not only to how we build products at Hike, but also how we look at our employees inside the company.”

At Hike, Mittal says, HR is treated like a product function, which is why the company has invested in a lot of tools that take over administrative tasks, freeing up employees to be highly productive.

Onboarding, for instance, is a simple two-step, paperless process where newbies can start work within an hour of joining the workplace. Contrast this to traditional firms, where reams of forms have to be filled, and lengthy orientations done before a newcomer reaches his or her desk.

The effort at Hike is to weed out painful processes. Take, for instance, an activity like claiming expenses. Mittal says employees simply snap a picture of their bills and send it and their reimbursements get taken care of.

At Wipro BPO, too, a lot of thought is being given to employee experiences starting with onboarding, which has become very personalised. It all began with a field experiment in 2011 with 605 new Wipro employees, with whom the company tried out different induction methods.

Typically, onboarding at Wipro was centred on talking about the company culture and values to new employees. It used this traditional approach with one set of newcomers, while trying out a new personalised approach with another set, asking them to talk

about themselves and their individual strengths instead. Also, newcomers were given sweatshirts with their names on them. The results of this experiment showed that the personalised approach led to 33 per cent greater retention during the first six months on the job.

Calculating Success: How the New Workplace Analytics Will Revitalize Your Organization 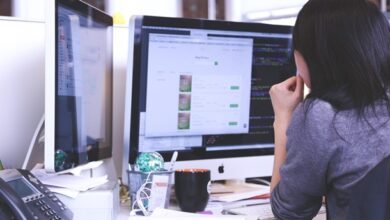