So you did not marry a Dsouza? – Nope

Surely, you must have changed your surname legally? Your Passport and Bank accounts etc.? – Nope

Is Dsouza your maiden surname then? – Yup

After answering questions like these and several others (Covered in the post along with my response) in the last 10+ years of being married, I still am awestruck that most professionals and educated women (including celebrities) have changed their names legally

I often get a surprise reaction after people realise that, I have not changed my surname after marriage! And that surprises me too that they have not come across many women who have not!

A random joke with a friend that I should create awareness about “women not needing to change their surname after marriage” is the inspiration behind this post.

If feminism related posts offend or repel you. Do not read further.

Q1: How did you get away with not changing your surname? – Coz It was a no brainer for me to not change my surname. Never even considered it. How many men have you met who considered a surname change just because they get married?

Q2: How did your husband react? – Never discussed it with him any time. He never asked too. I also never asked him to change his surname to Dsouza 😝.

Q3: How about your in-laws? – Fortunately blessed with amazing and understanding extended family. They were ok too, I guess.

Q4: Is it legally allowed to not change a women’s surname after being married? – To the best of my knowledge, there is no law in most developed and developing nations that require a woman to change her surname after marriage.

Q5: Were you not in love with your husband to change your surname? – What’s love got to do with it? After all, he fell in love with a Tribly Dsouza. That’s what I’ll be after marriage too! 😝.

Q6: You could have added his last name after your name? – And why would I need to do that? How many men have you met who have added their wife’s surname after theirs?

Q7: Guess you got lucky with no one pressurising you to change your surname? – I would have never changed it no matter how much the pressure but, I hear you.

So then I ask them

Q1: Why did you change your surname? Below are the responses,

“It never occurred to me” is the most common response I get. Several surprised male colleagues have asked me similar questions too, and when queried back on how did they react to their wife changing her surname? Guess what their response is (No prize was guessing… “It never occurred to me to tell her that it’s ok if you don’t change your surname.

Just another aspect where women do things in today’s day and age because “It’s always been the case”.

It has been hard for me to see many accomplished women (including celebrities) change their last names and/or add their husbands’ surnames to their surnames. As much as women find it strange that I have not changed my surname, I find it strange too, that they have changed theirs. Why are women expected to change their surnames or choose to do it on free will in today’s day and age is something I cannot fathom.

It is also hard for me to tell them, “Girlfriend…

But I stop myself from the fear of sowing seeds of doubt in their relation. People are always on a high when getting married. Keeping their surname unchanged is probably not high on their priority list. Most women don’t consider separation when they are getting married and it happens nonetheless (don’t even want to get into the effort of undoing the effort of taking off your husband’s surname). But this article is not about separation rather about being ok with just keeping one’s surname and not having to change it because of marriage!

I know it’s not going to change all the atrocities that happen against women but it is a small BIG thing, and a good start I say to acknowledge women’s identities. Especially for the identities of the future girl child and helping the future boy child understand and acknowledge the role of women around them.

For the first time, I truly wish that this post breaks the internet and sows the seeds in women and men’s minds that “Women don’t need to change their surname just because they are getting married”.

Just tag and share with a courageous, open-minded male/female friend or Mums/Dads who you think can benefit from this viewpoint. It has taken a lot of courage for me to put this together too😐. Tag a celebrity if you know one who can help spread the word.

Happy to hear thoughts to open my mind too. Let’s create awareness so that it, at the least, occurs to most women that “I don’t need to change my surname. I am just getting married!”

P.S: I don’t mean to disrespect any woman out there if you have changed your surname. I understand that it is a personal decision and it takes courage to do so. How many men have you met who dare to do that just because they get married? So hats off to you.

P.P.S: Throughout this post, I kept saying “ How many men have you met who have changed their surname just because they get married?’. Well, there are a few celebrities who have taken on their wife’s surname and some have even exchanged surnames. BUT, they are far and few. Thoughtful nonetheless.

P.P.P.S: I also get asked often, So what’s your children’s surname then? …. That was a no brainer too… Our daughters have a new surname made from my husband’s and my first name. Ife Tribly-Kartik and Ezme Tribly-Kartik. After all, it is a joint effort 😊

P.P.P.P.S: When I started writing this article I only wanted to create awareness, but by the end of it, I decided that I’d rather do something more concrete about it. So I put a change petition on change.org to try and create a bigger impact on this small BIG thing. I think that future generations of men and women need to be cognizant of this when life brings them to the institution of marriage.

Republished with permission and originally published at Tribly Dsouza’s LinkedIn

Why your next hire should be an adaptable learner

How to deliver an online brainstorming workshop 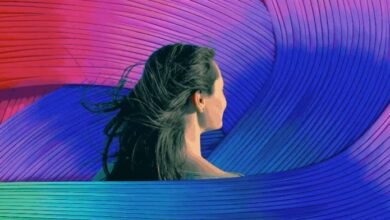 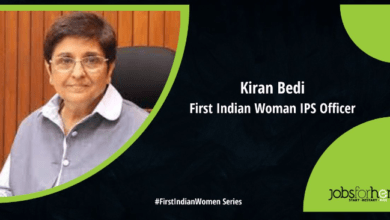 This week on our #FirstIndianWomen Series: Kiran Bedi 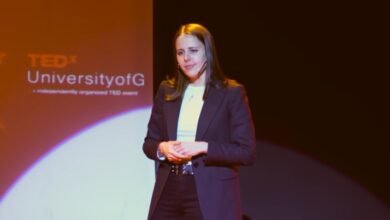 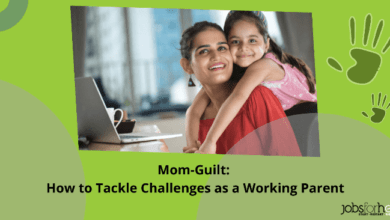