Since summer is on its way the world of people lounging on beach chairs listening to cool tunes becomes the theme for the next three months in many parts of the world.

What drives this soundtrack is the digital playlist, derived from the analog world of the cassette mixtape. I made my first mixtape in 1986. I remember I called it “The Mixtape to End All Mixtapes” or something corny like that. I gave it to this friend of mine who was a young woman that I admired (I was 14-years-old so you can translate this as flirting). Then in 1991 after I bartered for two Technics 1200 turntables I produced my first “real” mixtape. The kind where I beat-matched all the music into one seamless mix (take that talent-less automated controller laptop disc jockeys!). That mix is still on a cassette tape in some dusty shoe box somewhere in my house in Seattle. A few I transferred to my Mixcloud and Soundcloud accounts if you want to know what kind of music I programmed 15 years ago.

For aeons a close friend of mine and I always wondered why in this digital age of abundance more brands didn’t take advantage and use music as a content medium in a world moving evermore toward shared experience. I mean, even politicians get how important music is by using it at their rallies and fundraisers. So why not more brands?

Music is a great unifier of people no matter our color, race, gender, sexual orientation, creed or job title or whatever other silly label we (or advertisers) attach to humans. Some may be familiar with what Hamburger Helper did about a month ago when they made probably one of the best hip hop mix tapes in aeons. The fact a brand created it still surprises me only because it was so damn good. But it’s still difficult for a brand to humanize artistic items that customers will take seriously. While there are tons of content initiatives formulated daily by companies, many still don’t tap into music and that is a huge loss on their behalf.

In some respects, we are all our own brand. And music defines our identity. So if you had to create a mix tape what would be on it? Since I have a book coming out this summer and this upcoming weekend is the “unofficial start to summer” in the United States I decided to put together one for the book. My thinking is  instead of trying to explain the book with the same old boring quotes that come across as boring twee-table soundbites why not use a mix tape to explain what I was trying to convey when writing the book? What if each song aligned to a theme within the greater context of the book?

Bring in a CFO if you are growing

Why You Should Think Twice About Accepting That Counter Offer How can you use TikTok for marketing your brand? 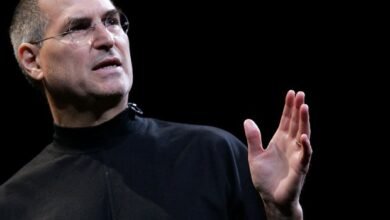