That’s a tricky question isn’t it? Yes! I agree. But what makes me think so is based on some years of experience both in sales and in sales training. I do not have very concrete evidence from my trainings that suggests this, however my interaction with some super successful and not so successful sales guys reveal something similar and which gives some ground to my floating beliefs that either sales people don’t need so called ‘sales trainings’ or they need something beyond.

Most sales people give confusing answers when quizzed about perfect ingredient for success in sales. One aspect, however that shows up quite evidently is that it’s not the skills or knowledge. Digging further deep divulges that most skilled sales guys are not always the most successful ones.

So what is it that makes that difference? Is it persuading- which most sales guys do despite they hate doing it? I guess no. The answer is pretty simple yet profound: ‘those who know why they are doing -what they are doing are the ones who are much more successful than the ones who do because they have to do it.’

Now this is getting philosophical. Isn’t it? Alright, So let’s make it simple now. I am sure most of you will agree that most of us who took up sales as a career choice were not really passionate about it. In-fact, it picked us and not the other way around. And once we got picked some of us consciously tried and slowly learned to get along well, overcoming the initial heartburns. The rest got caught in the ruthless struggle of ‘To be or not to be’.

The above is my personal classification of sales guys into two types, 1 the ‘To be’types and other ‘not to be’ type. So what these really are?

The ‘To be’ guys are the ones who realize it quite early that why they do what they do and then give their 100% to it. These are the people who are the risk takers and adapt to the environment quickly. They know how to overcome setbacks and persevere. They learn to learn on their own. With slight bit of guidance and support, they create their own path for success.

Why this set of guys don’t really need sales training is for the simple reason that they know the purpose quite clearly and their determination to be successful gets stronger with every passing day at work. How to do something that they have always been doing doesn’t excite them. They have enough adrenalin rush to take them to the finishing line.

Please! Don't be a leader! 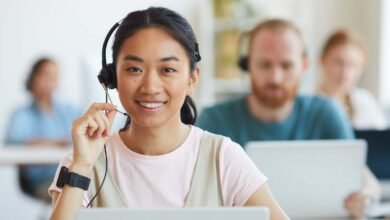