Most salaried executives undergo their professional development more than they control it. To progress, they are too often at the mercy of a hierarchy which has other concerns. However, there are career management approaches that would allow them to regain control and optimize their professional development without depending on anyone other than themselves. What these approaches have in common is that they are based on value creation. Which supposes the acquisition of some specific know-how and the adoption of a proactive mental attitude

There are two main ways of looking at your professional career.

The most chosen but random option

The first is to invest wholeheartedly in your job, to behave like a good soldier, to show zeal and efficiency in the missions entrusted to you to obtain the recognition of your superiors.

This is the most commonly chosen option, if only because most people don’t think of others. But this strategy turns out to be quite random because their evolution then depends on third parties (the superiors) whose attitude towards them is not only determined by their objective performances (which they have no way of quantifying most of the time).

This option also carries the risk that at any time a reversal of the situation will ruin their efforts and send them back to square one. That is to say on the job market. Misadventure which when it arrives at you around the fifties often inaugurates a long crossing of the desert from which few emerge unscathed.

The second option is to run your career like a business. In other words, to become capable of identifying and exploiting unprecedented sources of value creation so as to never run out of work and not depend on the recognition of anyone.

This option can be broken down into three distinct forms of professional positioning, although all are based on the creation of value. What they have in common is that they involve the acquisition of some specific skills and the adoption of a proactive mental attitude, consisting of considering that the best way to get what you want is to create opportunities and not just wait for them to show up.

It is the most obvious choice and also the most radical for those who do not want to suffer and who have not had the chance to meet the boss for whom they want to work.

Many entrepreneurs become so because their life as employees does not have enough meaning. Or because they suffocate in the shackles of the classic collaborative relationships in force within companies.

The big difference between an entrepreneur and a business executive cannot be measured in terms of income. You may be surprised to learn that many small business owners have lower incomes than they might aspire to as employees in a company. No, the difference is that entrepreneurs generate a tangible result. Their action has an immediate meaning, an entrepreneur knows exactly what value he produces since it is what his company produces. And he quickly learns to measure and optimize it because he knows that his survival depends on it.

What is fascinating in the act of entrepreneurship is to transform an intangible concept (idea, project) into a functional organism that generates jobs and wealth. All things considered, it is almost the only act with artistic creation that is akin to procreation.

The strong point of the entrepreneurial option is to make a professional life exciting, full of meaning, and to banish boredom.

The weak point could be the uncertainty, the permanent risk weighing on the shoulders of the entrepreneur whose efforts can be reduced to nothing in an instant. Just as he can also succeed beyond his wildest expectations. But is this only a weak point? Isn’t that for somewhat makes the charm of the option?

It happens that some entrepreneurs are overwhelmed by their creations. That instead of using their business to achieve their personal goals, they become their slaves. Without being rare, this situation cannot be considered as a risk inherent in entrepreneurship, but as the manifestation of a lack of mastery of the managerial function.

Becoming an intrapreneur is all about managing your career like a business. In other words, to become capable of identifying and exploiting unprecedented sources of value creation so as to never run out of work and not depend on the recognition of anyone. It is a question here of carrying out a new project, of which the paternity belongs to you, within an existing company. The one in which you are already a collaborator, obtaining at the same time a revaluation of your status, or the one in which you claim a job, whatever the form (CDI, CDD, portage, etc.).

You certainly give up a little of the independence of the entrepreneur, in exchange for the resources that the company brings to you: potential customers, production and distribution tools, administrative support, finances, established teams, etc.

But it greatly increases the chances of a relevant project to see the light of day and be brought to a successful conclusion. And employees capable of positioning themselves in this way, as a force of proposal and creators of value, enjoy a privileged status in the eyes of the manager. It is not uncommon for them to be invited to take a stake in the capital, or even to take over the company in certain cases.

The intrapreneur accepts a partial loss of autonomy and independence in exchange for a significant reduction in the risk incurred.

He does not differ from the traditional framework in terms of official status, he is generally salaried, like him, and subject to the same collective agreement.

What is the added value of the intrapreneur?

The independent expert or consultant who offers his expertise. He most often keeps the status of an external contributor, he is there for the implementation of a specific project, often part-time and for a fixed period. He can thus participate in the implementation of several actions, in parallel, in different companies. To add more initiative you could get develop a website with custom software as per your need which could help to depict your idea’s better.

Based on this definition, it may seem difficult to differentiate him from the intrapreneur. Let’s say that the border is blurred between the two positions. Both are “forces of the proposal”. But the intrapreneur generally invests in a long-term project within the company of which he becomes one of the lifebloods, while the expert consultant is more often a specialist of a type of potential that is selectively addressed to companies where it knows how to create high added value through its interventions while retaining its status as an external contributor.

More and more executives are choosing the status of self-employed, sometimes deliberately, sometimes because it is their last cartridge after a period of unemployment and reconsideration.

Keeping your independence, a difficult bet

But very few of them approach it with a true spirit of independent and expert entrepreneurs. And this is probably the main cause of their difficulties in coping with it properly.

Because he is not only independent, he is an expert who knows how to ignore his expertise because he understood that to sell it well, it was necessary to transform it into the creation of tangible value for his clients.

It is in this that it differs from the self-employed who strive to sell their expertise and not the value that this expertise is likely to create for the company, whereas this is the only thing that really interests the manager.

In doing so, they leave the initiative to the customer to consult them when he has a need and misses most of the opportunities. All those that the client has not identified and that only a proactive approach, such as that of the expert and independent entrepreneur, would allow them to discover and exploit.

Here is what are the three kinds of offensive positioning for the use of those who do not want a professional career.

What they have in common is that they all assume the acquisition of some specific skills and the adoption of a proactive mental attitude, consisting in considering that the best way to obtain what one wants is to create the opportunities and not just wait for them to arise.

Utkarsh is the founder of Esite Bucket. Esite Bucket is a leading software company that provides the best web development solutions in countries like India, the USA, and Canada

How to Improve Client Patient Confidentiality 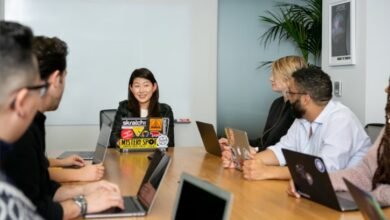 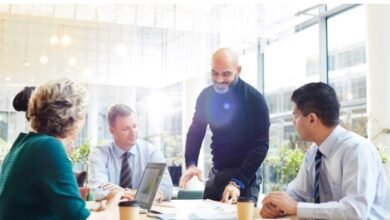 Want Accountability Within Your Team? Start at the Top 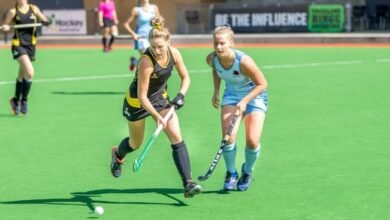 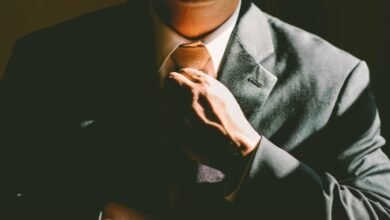