LocalOye has laid off majority of its employees and the startup is almost on the verge of shutting down, according to sources.

The company is currently running  with a staff of only 10-20 people.

A mobile marketplace for hiring local service professionals, LocalOye in November had shifted to Bangalore from Mumbai. They had announced a restructuring plan and laid off 60 employees mainly from its call servicing unit.

According to an ex employee, the fall for this startup is mainly because of its work culture which is built on “work hard and party harder.”

An employee on Quora explained the perks of working at LocalOye and said, “You get to drink with the founder, you get to learn multitasking as you have lots of work.”

“Our parties don’t end even if the evening does or the night or the day”. “The Poker nights, the Hangover nights, the T-shirt tearing nights, the ass on fire tradition, singing bollywood songs in a hilarious english accent. Working 12 hours a day & partying the next 12 hours.”

The only problem with localoye was they had money, they just did not know how to make the best of it.
we all make mistakes right? Arent we all immature before we make mistakes? Happens, isn’t it?
Just that this one costed 31 crores

We all have lost our jobs, Someone lost a whole fucking company, and may be a dream too.
So lets stop complaining Locos, Its no end of the world and neither of our careers. And definitely Localoye have not “RUINED” our lives, I mean come on!
So lets get into a startup again and build it!

The very first few days of funding was just about partying. The entire tech, marketing and hr team used to sleep in the ceo’s house. They would drink and smoke the whole day and were just blowing away investor’s money. The servicing and the onboarding team was the only team working to achieve the company goals, but we were never treated well.

Where To Start With A Startup 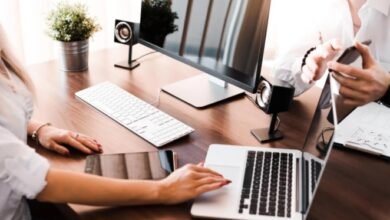