The answer is simple yet complex. All great truths are in reality simple. They stem from their ability to weave through complexity and present wisdom in its pristine form. Mata Amritanandamayi was once asked this question. She responded with characteristic brilliance and clarity by recounting a less known story about Narada.

It is well known that the Sage Narada’s devotion to Lord Vishnu was exemplary. On his way to Vaikunta, he happened to pass through a village where a family pleaded with him to request Lord Vishnu to grant them a child.

On reaching Vaikunta, the Sage promptly pleaded the family’s case but the Lord was uncharacteristically adamant.

He said he could not help the family, as a child was not in their Karma!

Several years later, the Sage was again on his way to Vaikunta. He passed through the same village and visited the family. He was surprised to discover the family blessed with not one but several children! He rushed to Vaikunta and began chastising Lord Vishnu for not heeding his initial plea and then later blessing the family with children.

This time Lord Vishnu smilingly replied: “O you mean that! I had nothing to do with it! They must have met a Mahatma!”

Such is the extraordinary power of a jnani (enlightened one). This is why living in the presence of a Enlightened Master, it is said, can considerably reduce the negative effects of past actions.

On another occasion, Amma once said that Karna in the Mahabharata symbolises destiny, while Arjuna symbolised free will. This is because Arjuna exercised his freedom with discrimination. He embraced grace by choosing his Guru, while Karna deserted grace by embracing Duryodhana. The enigmatic nature of free will lies in the fact that it does not exist! The only freedom given to human beings lies in embracing the divinity within.

Actions that emerge by ignoring this truth are destiny. Such is the nature of divine grace! There is nothing that grace cannot accomplish! Conversely, there can be no spiritual quest without grace! Finally, the very desire for self-awakening is but an expression of grace! The effort of the seeker is its manifestation. 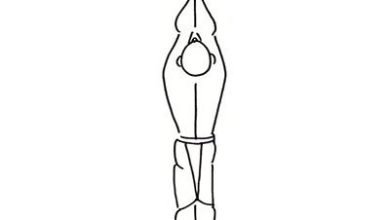 Who is a Hindu? Karma, caste and free will