This is a speech given to the graduating class of a Business School intended to provide them with some career advice ….

I graduated from IIM Ahmedabad in 1976, part of the 10th batch of the institute. These were early days for business schools in India and while the IIMs were well recognized they had nowhere near the cachet and clout that they carry today.

I would describe my career as a series of happy accidents. Let me explain my story and the lessons that I would draw from it.

The first lesson is “Think on your feet “

When the placement season arrived most of us, as I imagine is the case with most of you, in order to hedge our bets applied to more companies than was strictly necessary. IIMA was only ten years old and the demand for students was good but not as ferocious as it became later. Hence there was greater uncertainty among students about the type of companies that would visit the campus and the jobs they would eventually land. Most of us had little experience of the corporate world and did not know much about the companies that we applied to. I had applied among others to the erstwhile DCM Group.  As luck would have it, DCM came to the campus first. By this time we were better informed about the reputations of some of these employers and I realized along with several of my colleagues that DCM was not a good choice. Unfortunately, after an interview at which I tried not to shine, DCM made me a job offer as a Management Trainee, which I refused.

IIMA had a policy of ‘one offer gone’ which means that you could only reject one offer and must accept the second.

In the meanwhile a well known MNC which had a formidable reputation as a consumer product company sent its representatives to the campus.  During the introductory presentation about the Company, the Human Resources manager made certain comments which made those attending wonder whether they would be wise to join such a company. The manager threatened that the training period would involved several months of hard sales labour in the backwoods of Bihar and UP and leave would not be granted for a whole year even in dire circumstances such as the birth of a child !  We were horrified and left wondering if this would be the right employer for us.

The interviews were to comprise a preliminary and a final round in Mumbai at their corporate headquarters. I went through the preliminary round and attempted again to downplay my skills in the hope that I would not be called for the final round.  This was not to be and I was invited to Mumbai for a second round a few days later.  I returned to Ahmedabad fervently hoping that my lackluster performance would deny me the opportunity with this company.

My next interview, a few days later was with Ram Ray of HTA ( now JWT, India’s largest advertising agency) – the manager of their Kolkata branch. The interview went extremely well and I could tell that he was interested in my candidature. The advertising industry had an aura of glamour and I felt that HTA would be an exciting place to work.  I left the interview room and as I stepped out the Placement Officer handed me a telegram that said that I had been selected for the job with the company in Mumbai.  This meant that I had to accept immediately and could not pursue the opportunity with HTA!

I had to think on my feet! I returned to the interview room before the next interview was due to begin and rapidly explained the situation to Ram Ray. I told him that he would have to make me a job offer on the spot or I would be lost to a competitor.  He said that he needed to check with his boss – the legendary Subhas Ghoshal, who was the Managing Director of HTA,  since he was not authorized to take the final decision. I told him the choice was his. To Ram’s credit, he took out his pen and wrote a hand written job offer which I presented to the Placement Office.

Ten Signs Your CEO Is A Weak Leader 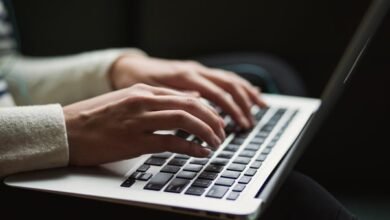