For most of us growing up in the 1980s and ’90s on a staple diet of popular English music, Top of the World by the Carpenters graced all our playlists. But how many of you really know that the lead vocalist Karen Carpenter started off as the drummer for the band? In a largely male bastion of band musicians, Karen managed to blaze a trail as one of the best drummers of the time, who also sang! On the other spectrum, #Grace Hopper, #Frances Allen were a rare breed of #womeninscience, #computer science to be specific, who broke all codes to carve a niche for themselves as a software engineer and programmer in the male-dominated #informationtechnology world. More recently, Afghanistan, a country where even education for women was a taboo, got its first batch of female #coders. They have designed a video game to protest against opium production.

However, while #coding has evolved over the years across geographies, the gender gap still remains large. There has been a sharp drop in the percentage of women working in computer-science related fields. From 35% in the 90s, it’s down to 20% in latter half of 2000, despite #diversity initiatives in companies. Women are still hesitant to take up computer science, mostly because they consider coding difficult and globally, girls are not encouraged in studying Science, Technology, Engineering and Math (#STEM) subjects. Yet, the truth is coding is no more difficult than playing a musical instrument. So just as you encourage your kids, irrespective of gender, to learn music or musical instruments from childhood, you could encourage your girls to code. The best way to close in on the gender gap is to enter their world of gaming where they often require some amount of coding.

10 Common CV Mistakes You Should Avoid 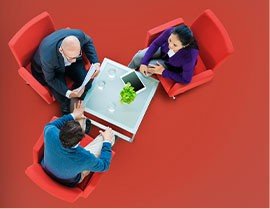