Does the word “networking” make you nervous?

I’ve faced my fair share of sweaty palms and mild panic as I’ve entered forums like conferences or parties where I knew no one. Somewhere in the back of my head was also the narrative that networking is faintly creepy and not genuine. Also, that it is meant only for people who need something (a job, a sale, a favor). That networking is best suited for confident, extroverted, business prospectors or sales oriented people. I have also been guilty of having 2000+ dormant connections on LinkedIn that I don’t necessarily nurture consistently.

As an introvert, as someone who has struggled with this concept and as a super busy professional – I empathize!

Networking however is important – it helps with careers and opportunities and can be done efficiently with a little practice and thought.

Why does networking matter?

Personally speaking, connections and networks have been central to bringing me to this point in my career.

The reason I made the move to India in the first place was because of serendipity and a connection. For a good part of my career I was an engineer in the US and had never been exposed to professional life in India. While I was at the Yale School of Management, I had an opportunity to participate in a school trip to India where I got the chance to see the energy of a bustling, young and energetic India up close. This whetted my appetite for wanting to work there. I was at the airport on my way back from this trip when I connected with an alum who happened to be in the checkin counter with me. He was starting up Target in India and was on the lookout for talent. “Would you be interested in exploring an opportunity with Target in India?” He asked. “Yes,” I said and a few months later – I had turned down my manicured life in the US and moved here with my husband and child for this crazy adventure. Connections…

Similarly, my current role today at LinkedIn is also because of a connection. I had moved back to the US and after a long and awesome career was looking for a change. I had networked with an amazing mentor and we had kept the connection alive and strong over several years. When I was looking for a change he connected me to people at LinkedIn (on LinkedIn) who were looking for someone like me and the rest as they say is history! 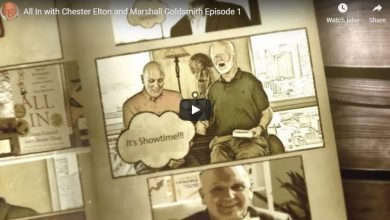