It’s time to bury Yahoo, but also to praise it.

At the end of June, I’ve said my own goodbye to Yahoo, and soon we will all say goodbye to Yahoo as an independent entity. This junction might be thus a good occasion to reflect on my own past eight years, as well as that of the company I loved and will continue to care for. While reflecting is supposed to help me to close this chapter and move on, I’ve decided to also put this in writing in case it might be interesting for others as well.

I joined Yahoo just one month after finishing my PhD in early 2007. I considered other alternatives -including two, Google and Metaweb, that would have eventually led to the same place-, but was easily convinced by the prospect of being part of something new, i.e. Yahoo Research’s Barcelona office (YRB), founded a year earlier by Ricardo Baeza-Yates. I’m infinitely grateful to Ricardo to have given me this opportunity, as well as to Hugo Zaragoza, who became my first manager, friend and mentor in many ways. It was an amazingly talented group of young researchers, perhaps all a bit naive as to what it’s like to work for a company, but eager to make our mark on both the products and the research community outside. As an example, I got to work on cool projects such as SearchMonkey, with an amazing product team (Amit, Kevin, Paul, Micah and others) that still keeps in touch to this day. On the academic side, I believe we can also take at least partial credit for establishing the field of semantic search, combining ideas from Semantic Web research and Information Retrieval. Personally, I developed well beyond my PhD education by mastering IR through the practice of working on actual search engines, as well as learning from colleagues about Machine Learning and Natural Language Processing. After Hugo left, I also started managing our group, which turned out to be a breeze, thanks to the most awesome team I could have ever wished for.

Things have changed in 2012, the year when we first started to understand that CEOs actually matter. (Before that they had not done much good or bad, which led us to believe that they are just a name on earnings slides.)  One new CEO in particular, who deserves not to be named, made his personal mission to destroy Yahoo Labs, the overarching organisation of research and applied science at Yahoo. He was capable of incredible damage, mostly by making very talented people leave voluntarily, first and foremost our head of Labs, Prabhakar Raghavan. We were fortunate in Barcelona to have worked 5000 miles from mayhem. Fortunes turned when certain mistakes were discovered in said CEO’s resume. After a short period of uncertainty, he was replaced by Marissa Mayer of Google fame, who truly inspired hope. Quite contrary to the previous figure, Marissa fully understood the value of research and was incredibly supportive of rebuilding Yahoo Labs to its previous level. What followed was a real renaissance, under the leadership of our new head of Labs, Ron Brachman. Yahoo Labs has grown again and we were made responsible for some of the most important projects of Marissa, in particular her efforts to revive Yahoo’s own search technology.

Unfortunately for us in Barcelona, this was cut short by the company’s decision to close the office there in 2014. Four of us in my team were given the choice to accept a very generous package or to relocate to another office and continue. This was a period of intense soul-searching for us, and while I don’t want to speak for others, what mattered for me personally is that I loved my job, and in particular my amazing team, and those are things not easily measured in money. In the end, all four of us agreed to move to London. We knew it wouldn’t be easy to rebuild, but we gave it all, alongside the other two Labs teams in London, led by Fabrizio Silvestri and Mounia Lalmas. Unfortunately neither of us could really predict the rapid downturn in Yahoo’s fortunes, which in a short year led to the closure of Yahoo Labs, as well as the eventual sale of the company. As a side note, much has been written about whether this had anything to do with Marissa’s leadership… personally, I think one might argue about particular business decisions she took (such as investing in search or acquiring Tumblr), but no one who worked at Yahoo under her would doubt that she left the company in a much better shape than it was when she arrived.

Find a Mentor Who Challenges You 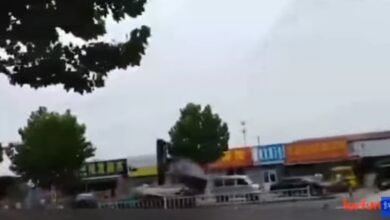 6 Rich People Habits That Will Change Your Life