Hanuman (Monkey God) plays an important role in the Ramayana, yet in the classicliterature itself, he does not hold any great position. He is just one of the many monkeys Lord Rama encounters in the forest. He is not Sugriva, leader of the monkey troop, nor Angad, one who leads the monkeys in search for Mother Sita and also acts as interlocutor or Jambavan, the wise bear or Nila, the architect of Rama Setu (Bridge). Hanuman is portrayed as an obedient follower and disciple i.e., dasa nu dasa (servant of the servants)   who, through his sheer intelligence, strength,courage, humility and positive deviance, wins the admiration of Lord Rama and emerges as one of the most revered characters in Ramayana. At no point does Hanuman make any attempt to purloin anyone’s glory; while in his shrine he stands powerful with a mountain in hand and feet on a demon, in Lord Rama’s shrines he is content being a subservient, seated at the feet and hands in supplication.

In today’s corporate scenario, which leader doesn’t wish to have a team member as Hanuman?

One who is positivity, reliable, competent, and humble with excellent planning, anticipation and decision making skills in executing tasks assigned without any expectation of either reward or recognition and finds validation in serving his leader.Let’s take a case example of a roadside Auto Garage(repair shop)………….. If one observes, it’s noted that the entire task is carried out by team members.Swamy aliaschotu (young boy),has been associated with an auto garage for more than a few longyears. He is reliable, multitasked, from mechanic to cleaner to server to purchaser to care-taker. He can fix the most complex repair work at the same time serve tea to his owner/customers. No job is too big or too small and he is happy changing a tyre, fixing the brakes etc. The owner recognises chotu’s integrity and ability to manage the garage in his absences for a few hours. He is friendly with other mechanics and doesn’t not boss-over or not feel slighted if the owner or customers ask him to fetch tea or vada. In case of issues that elude a standard solution, everyone in the garage knows chotu will take care (jugada) or leave it to the garage owner. Like Hanuman crossing the sea and finding a way.Who doesn’t want to have a Hanuman in their team? One who only listens and doesn’t ask a question, executethe given tasks and deliver no matter what the odds are. At the same time dependable and devoted. Is this the competencies managers are lookingfor in their team members? Are they not accountable for developing competencies, providing  positive perspectives and creating a heliotropic environment?

Let compare this to the story of Hanuman (Monkey God), Hanuman once narrated the complete Ramayana (Biography of Lord Rama) to his mother, Anjani Devi. After the narration, an impressed Anjani Devi sought a clarification. My son you are so competent and strong that with a flick of your tail, could have destroyed the whole of Lanka, killed demon King Ravana and rescued Mother Sita. Why did you not do so? You could have saved time, effort and anxiety of Lord Rama. Days and nights were spent in building the bridge to Lanka and yet you carried Lord Rama and his brother Lakshmana across the ocean. With your intelligence and wisdom, you could have averted the great battle. Hanuman responded politely, mother Lord Rama never asked me to do. From a corporate point of view, it’s an opportunity lost to prove one’s mantel. Lord Rama assigned the task of finding mother Sita’s location in Lanka; fetch the herbs from Sanjeevini mountain to save his brother Lakshmana’s life and carry them across the ocean to fight Ravana which he executed with perfection. His ability to convince mother Sita in Ashoka Vatika that he was Lord Rama’s messenger demonstrates his communication and presentation skills. His organisational skills were exhibited during the construction of the bridge and in the battle; guiding and motivating the monkeys to accomplish the master’s task. His approach toward problems can be learned through his positive perspective (when not able to identify the right herb, rather than wasting time he decided to carry the entire mountain). However, he was not assigned the task to rescue mother Sita or fight the battle with King Ravana. So he did not do that. Hanuman considered being a great warrior, why didn’t Lord Rama instruct him? The common clarification given is, it was Lord Rama’s duty to rescue mother Sita, not Hanuman’s. Ramayana is about Lord Rama (focusing only on his positive leadership) not Hanuman.

The corporate world looks from a different perspective. Ramayanain a corporate context is about the entire organisation, not just the leaders. In Ramayana, Hanuman proves his competency time and time again in many ways, let’s look at few incidents – on his way to find mother Sita, he exhibited extraordinary skill (crosses the ocean), intelligence and wisdom (outwits the snake-demon Surasa), brawn (kills Simhika) complacency (not resting on Mandara mountain) and integrity (follow instruction religiously). And yet, while everyone admires these facts, no one seems to learn or take advantage from these. Can we look at thisas anoversight or refusal to consider Hanuman’s abilities to complete the objective? Would a corporate manager handle this in the same way as LordRama? Indeed the auto garage owner does appreciate chotus’s ability to perform but does he harness the full potential of Chotu? Why does he not groom Chotu’s to the next level, what is preventing him from seeing him as a competent mechanic who can run the garage independently? Ask this question and the response would probably be, I don’t stop Chotu from doing anything neither encourage him from doing something independently.

One of the greatestdangers of having Hanumans in our team is their actions are limited by our directions. Maybe we fear that if Hanuman starts to think for himself, there will be chaos, after all, he is a monkey or perhaps overshadows the leader and create a new path for himself. Ultimately, only we can decide the teams’ roles based on shared objectives. Have a clear vision and mission to state the objective with timelines. Our Hanumans will aidto realize the tasks if our goals could have been greater and grander. Allow them to let work independently by empowering than merely asking to follow instructions and being subservient. Flourishing employees create a flourishing organisation, often this fact is ignored.

Once Chotu had suggested the owner “Anna, can we park our vehicles perpendicular to the wall rather than parallel, it will create more space for keeping a few more vehicles in the garage”. The owner ignored his suggestion stating complete your work. Snapping chotu’sviews and sending across a message implicitly. ‘I only want your obedience, not your intelligence’. This was understood by Chotu and immediately complied marking the end of his expression of creativity, which could have madethe garage (repair-shop) attract more customers and increase profitability. Many time managers lack heliotropic nature and do not empower the team members but only want them to comply with what is assigned.One of the drawbacks of over compliance is the lack of empowerment from leaders. This prevents team members from being innovative, taking responsibility and contributing to one’s potential. It makes business sense, therefore, to take a closer look at chotu’s in our team to be mindful of strengths, empower and appreciate their feedback to develop trust, commitment, better engagement and higher productivity also the next leader.  In every Chotu there is a potential leader which needs to unleash through positive leadership practices.

What Is Patch Management & How Can it Help Your Biz? 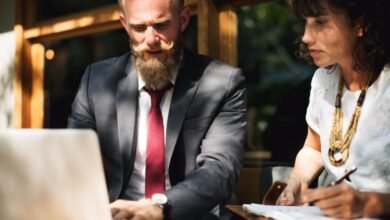 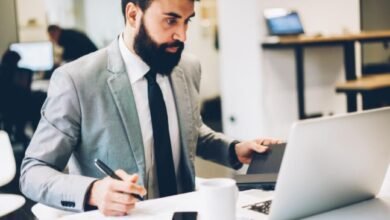