Since some of the movies modify our perceptions and ways by which we actually govern our daily lives and activities, but some are legend epics that really make us question that are we really on a right track for achieving the goals. So, one of the epic named Baahubali had seriously propelled us to rethink our views, principles and strategies that we adopt for attaining success in an organization. So let’s have a glance at the same to exactly determine your pristine abilities and how you can actually use them so as to remain inspired and motivated. Thus, plan and ideate for innovations and get them achieved by the impressive parameters of humanity that had been laid by this epic.

1. Rather than being a winner be a protector

So, as an admirable practice, every organization or its governing leader tends to stay ahead in the competition. The same is true as well, but be a Baahubali kingdom or an organization both always aim for achieving the victory that can be remained conserved. Acquire the support of your in-house team and employees and make them realize about their roles and responsibilities in the same way as Katappa did while Kunthala kingdom was sentenced to a vast myriad of enemies. Never undermine the #competencies of your employees and always make them independent enough so as to make them truly empowered.

Always adore and appreciate women. Since every organization is comprised of versatile characters, thus, keeping them all the time safe is a sole responsibility of an organization. As it can be seen in Baahubali that Devsena actually cut down the fingers of Sethupathi for his illegal touching activities while Baahubali sentenced him to death. Since they are criticized for their behavior, dressing and for every related things hence, an ecosystem should be developed so as to maintain their dignity. Her work, her nature and even her character are questioned every time and no doubt she is being rumored with insane thoughts that obviously undermines her motivation and respect. So get her a sophisticated environment so as to allow her to showcase her originality. Hence, women should be given all the justified rights to get themselves protected within the organization.

Always remember to inspire your employees to face the situations with the utmost determination and intelligence. As Baahubali inspired Kumar Verma for facing the enemies in order to save the women, in the same way an organization should also give at least single chance to all the employees in order to prove themselves. Do not criticize or undermine them as for sure their experiences will provide the organization with a boosted platform for performing future deeds.

Rather than criticizing your teammates, employees and complaining about them, learn to work. Work for your own satisfaction, with your own style. It is always a good practice to support your employees, but make sure to allow them for working independently. Baahubali was thrown out of the kingdom, but instead he was certainly making his work and deeds more remarkable and his actions were strong enough to make him get identified in the crowd. 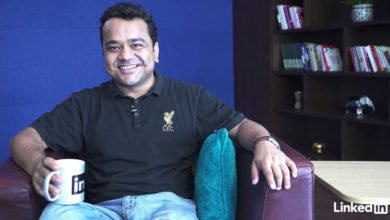 How to build the bridge to your dream job? By taking calculated risks instead of diving right in, says Kumar Varun