Mumbai: Vikramaditya, a business system analyst working with a US-based information technology (IT) consulting firm, is worried if he will be able to renew his H1B visa next year. “I have been on H1B visa for the last two years. With all the changes proposed, I don’t know if my renewal would be accepted next year,” he said.

A few of his friends working on the same visa in the US are looking for options in other countries like Canada, Australia or even back in India, he said.

Earlier this month, three bills seeking to reform the H1B visa programme were tabled in the US. One of the key changes proposed includes doubling the minimum salaries of H1B visa holders to $130,000, a move that could possibly burn a hole in the pockets of many IT firms which use it to send thousands of professionals to the US each year.

Every year, the US Citizenship and Immigration Services (USCIS) issues around 85,000 H1B visas, most of which are taken up by employees of major Indian tech firms.

While many Indian IT professionals are hopeful that the bills may not go through as it would impact the overall US market, few others said they are prepared to come back home if at all such a situation arises.

“We are on a wait-and-watch mode. We really don’t know if the bills will even go through. If it does, at the most we may be called back to work in India. I’m fine taking a slight pay cut and coming home,” said an IT analyst, who is currently working with a large Indian tech company in the US. He did not want to be identified.

Driven by such sentiments over the proposed changes in the H1B visa norms, several recruitment agencies in India said they were seeing an influx of job applications and queries from Indian professionals in the last few weeks.

“We are seeing a good number of people in the mid to senior level who want to move back to India or other regions in Asia. But these are mostly sentiment driven right now because we really don’t know how things would be implemented on ground,” said Anshul Lodha, associate director, Michael Page India, a search executive firm.

Similarly, other hiring firms, including ABC Consultants Pvt. Ltd and Antal India, said a significant number of IT professionals have reached out to them following US President Donald Trump’s new immigration policy, which included changes in the H1B visa norms.

“People are reaching out to us specially at the mid level to check if there are opportunities. Though there are no immediate threats, they are little worried and anxious about this call that has been taken,” said Ratna Gupta, cluster director, ABC Consultants.

My Perspective on the Most Important Ingredient in Business

These Are The Top 5 Workplace Trends We'll See In 2017 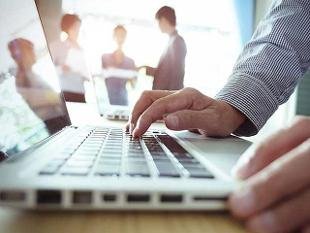 Career stagnation, layoffs pushing IT professionals to go in for multi-skilling