This is regarding the background papers you have given me for this trip. They are detailed but have some basic mistakes regarding my itinerary. My meeting is not at X as you have stated but at Y. We have a known time of 11.45am-1pm on Monday for the discussion, with an 11.30am assembly of panellists. This has not been recorded. My return to the country is by a different flight—different date and different city. But you have just copied and pasted my spouse’s flight details. Your intent seems right and you have recorded all the items. But the errors lie in the detail. You can go from good to great only by paying attention to detail.”

A pained manager’s message to his executive assistant.

If this sounds familiar, it only means you have had a brush with that increasingly elusive competency—attention to detail (ATD)—courtesy someone in your personal service provider chain.

Generations have recognized the importance of this trait. Commencement speakers have repeatedly threatened starry-eyed graduates about the dangers of glossing over it. Wise ones, the ones who have made it in their respective spheres, never tire of highlighting how competency got them where it did. It is celebrated by those who profess to have it as the hallmark of perfection, their success mantra to growth. In fact, my guess is that along with hard work and perseverance, ATD could rank right up there as a possible panacea for all management ills. It is indeed, for those who swear by it, truly the God of Small Things.

“When managers find this competency missing in subordinates, they keep a tight leash on every aspect of a programme”

So, is ATD as important as managers make it out to be? “Call me from the old school, but for me it sends some clear messages about the person and how he or she addresses responsibilities,” says a leader I respect immensely. Known for his obsession with detail, which I must say has stood him in good stead, he says: “It states you were serious about the job at hand. You gave the task the attention that was due. You were determined that something you orchestrated or which went from your desk carried the signature of a top-class job, whether it is a well laid-out, error-free document, an accurate spreadsheet or a negotiation planned with care and executed to perfection.” It is detail that marks the perfection of Michelangelo’s David or piques the interest in Vermeer’s The Milkmaid. And in the more prosaic world of work, it sends out the message that you care, whether it is to a customer whose request you are addressing, an employee whose concern you are redressing, or an anxious investor whose query you are responding to.

In short, it heralds seriousness of intent, does away with mind-numbing rework, increases productivity manifold, and in most cases ensures success in the outcome.

But speak to exasperated supervisors like our protagonist above, and you would be right in concluding that this is one competency which seems more absent than present in our world today. Lack of attention to detail in subordinates keeps ATD-worshipping managers from delegating, makes them obsess over minor details and keep a tight leash on all aspects of the programmes they are executing, all of which, of course, leads to a spike in blood pressure.

Managements seem serious about recognizing this competency, giving it prime space, especially in junior- and middle-management appraisals, in the fond hope that what gets measured will ultimately get embraced. The competency is also routinely enshrined in the values statement of organizations. But in practice, this is one trait that is steadily on the decline, and is most commonly seen in competency intensive care. When it should be deified, why are our workforces running deficient on this?

At the heart of it seems a rather cavalier attitude among a sizeable portion of the population that, in the final analysis, ATD is not really important. It is belittled as something which bosses who miss the forest for the trees quibble about. “Oh ma’am, what a boring competency to eulogize. Why the fuss about some small detail which got overlooked? Sprinkle your point of view with words like strategy, holistic, systemic…you get the drift, and nobody will hold your oversight of some detail, or your lack of attention to a particular fact, against you,” was one jaunty response that I got. He probably needs to imbibe American actor Richard Dreyfuss’ advice that genius, in the final analysis, is both “imagination and detail”.

The conflicting distractions which employees are subjected to … the “Alt Tab” mode they continuously operate in, is presumably another key reason for the inability to pay attention to detail. Messenger programs jostle for mindshare with continuously pinging inboxes and busy mobile phones. Add to this just-in-time deadlines, coupled with the inherent need to multitask, and the ability to focus on an issue till it is satisfactorily closed is seriously compromised.

And finally, the luxury of simply erasing and re-erasing words, numbers, programs without a worry thanks to all the computing power one has these days. Gone is the tyranny of the typist or the compiler. The earlier generation will tell you how tough it was to get your drafts past the manuscript queue at the typists’. Or how important it was to compile your program through Hollerith cards just right. This meant that it was necessary to think clearly, get the structure and content organized in one’s mind first, and try to prepare a first draft that was as perfect as possible. The lack of resources ensured rigour and attention to detail was ingrained in everyone.

So how then does one inculcate the elusive ATD?

Hire right is one school of thought, based on the key assumption that the competency is more of the born-with variety than the trainable-for. Some of the most progressive organizations have put this right up there in their hiring checklist, complete with tests ranging from simple to complex, including scrutinizing application forms for typographical errors.

Talk the competency up

Speak about it in your inductions, subtly weave it into your values (excellence in execution, maybe?). It also helps if the most respected leaders talk about it or better still, role-model it. Exemplars of success when detail ruled are great ways to drive home the point. And in the reverse, some histrionics and tantrum-throwing by managers when the competency is not demonstrated is a great way to ensure folks detail their output, whether it is documents, spreadsheets, hypothesis or an event.

What gets measured gets done. Many organizations still measure ATD directly as a competency. Others do it more subtly through proxies like conscientiousness and compliance with work protocols.

In closing, a word of caution. The competency is known to completely rule a person if one gives it total rein. So do rein it in at times if you are one of the compulsive ATDers. In tracking the nitty gritty, like my jaunty young professional friend said, don’t lose the big picture. But otherwise, “caress the detail, the divine detail”, to quote Vladimir Nabokov, the Russian-American novelist most famous for his novel Lolita.

Getting your star past the last mile

Making the most of Your e-employee 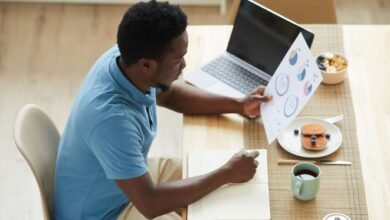 How to Save Money on Repairs for Your At-Home Biz 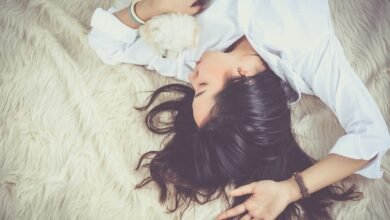 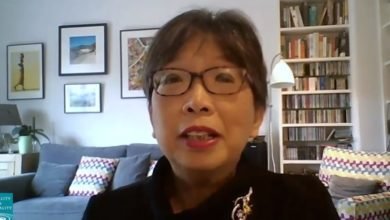 Respecting the Gulf Between OD and HR, and Bridging It: A Conversation with Matt Minahan