Employees’ Provident FundOrganisation (EPFO) has nearly six crore subscribers and automates a corpus of Rs 10 lakh crore. One of the most reliable, retirement fund organisation receives more than a crore claims every year, including those looking for pension fixation, EPF withdrawal and insurance. The EPFO has been having several developments in order to ease the process of claiming settlement. While an employee’s 12 per cent contribution goes toward EPF kitty, 8.33 per cent of the total 12 per cent of the employer’s contribution goes to the EPS or pension scheme. The remaining 3.67 per cent is invested in EPF.

These are the six new developments EPFO subscribers should know:

1) Currently, EPF claims above Rs 10 lakh do not have to be filed on line. The EPFO has again made some changes its rules related to the provident fund claims. In a circular released on April 13, the organisation said that offline claims will also be accepted in all cases. EPFO subscribers can choose to fill their form online or manually in order to withdraw the provident fund amount.

2) Earlier, in a circular released on April 13 circular, EPFO said that “in case the amount of claim settlement is more than Rs 10 lakh for PF claims and Rs 5 lakh in respect of EPS withdrawal claims, the claim form must be accepted through online mode only.” In the same circular itself, the EPFO said “considering the grievances raised by members, this stipulation will be kept in abeyance so that offline claims will also be accepted in all cases.”

3) All the people subscribed with the EPFO can also have an option to increase or decrease their investments into stocks through exchange trade funds (ETF). The organisation has also been investing in stock markets via ETFs since August 2015. ETFs are funds that track indexes such as Nifty and Sensex. In 2015-16, EPFO invested 5 per cent of its investible deposits, which later increased to 10 per cent 2016-17 and 15 per cent in 2017-18.

4) In a recent gathering of the top officials of the EPFO, it was decided to look for chances of giving an option of improving equity allocation more than the prescribed equity investment limit, which is 15 per cent as of now and also the option of decreasing equity allocation below the limit to the subscribers.

Categories of Ethical Dilemmas in Business 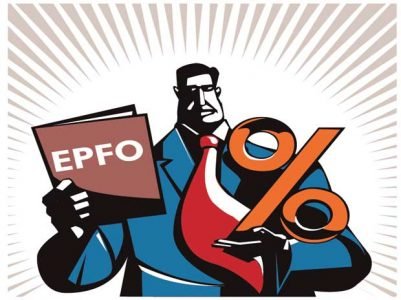