I haven’t eaten breakfast in years.

Since I work from home, I usually just get up and out of bed, make a cup of coffee, and then start working until mid-afternoon when I eat lunch. I know this flies in the face of the conventional wisdom that “breakfast is the most important meal of the day.” However, despite this claim being passed down from generation to generation, scientists have yet to come to a conclusion that this advice is true. Matter of fact, a recent study found that there were no discernible health benefits between people who ate breakfast and people who did not. Further, the “breakfast is the most important meal of the day” anecdote seems to have been hijacked for commercial gain by lobbyists who had cereal to sell in the late 19th century.

So is the importance of breakfast just a myth? “The jury is still out on that,” says nutritionist, hypnotherapist and life coach Kimi Sokhi. “There are no conclusive long-term studies in adults that prove that breakfast is ‘the most important meal of the day’. However, there are many studies that show that children and teens benefit greatly from a good, healthy breakfast. Kids that eat single or double (one at home and one at school) breakfasts daily have higher IQ and perform better at school.”

So maybe mom’s conventional wisdom isn’t wrong. If eating breakfast won’t make you healthier, maybe it will at least make you more productive. In order to find out, I spent two weeks eating breakfast every day (after abstaining for almost five years) to see if I’d get any kind of productivity boost. For my unscientific study, I continued to drink my normal morning cup of coffee, but I added typical breakfast foods like eggs, toast, fruits, and sometimes even sugary cereal. Here’s what happened:

I INSTANTLY FELT MORE READY TO START THE DAY

Sure, my usual cup of coffee always gives me a kick in the morning that wakes me up and helps me focus on all the work I need to get done, but when I added food, my morning jump-start felt less like a “kick” and more like an energy steadily growing in me.

“That’s not surprising,” Sokhi told me when I relayed my experiences. “Our brains need fuel to work. When you eat, you give your body and brain the fuel they need to operate.” And this food fuel is vastly different than the caffeine kick coffee gives us. “Coffee and black tea do contain caffeine, which stimulates our body into being more alert. However, the more you rely on coffee in the morning or throughout the day, the more you’re putting your body in a state of ‘fight or flight’ instead of its natural state of ‘rest and digest’.” 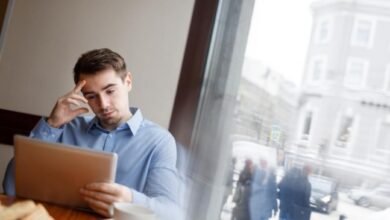