Three months ago, I worked in San Francisco as a marketing leader for a unicorn startup. I earned a salary that let me do, eat, and buy whatever I wanted. Now, I live and work from a beach in Belize, earn half of what I used to, and couldn’t be happier.

DECIDING IT WAS TIME

After spending 12 years on a career path that just wasn’t the dream I’d imagined it would be when I started out on it, I knew it was time to try something else. I also knew that just making small changes probably wouldn’t cut it—and that felt liberating. It opened up possibilities I hadn’t considered.

So I decided to ditch my conventional San Francisco–tech lifestyle altogether and redefine what career success and happiness should look like on my own terms (and as my own boss) in paradise. I unraveled my American life and quickly built a new business so that I could pick up and live full time as an expat entrepreneur in a developing country.

Here in Belize, I’ve traded oatmeal-colored walls in a Silicon Valley office building for a table under a palapa overlooking the Caribbean Sea—with water more cerulean than any paint color could possibly capture. (If I’m waxing a little rhapsodic here, well, I’m betting you would too!) I decided I’d stop snoozing an alarm clock five days a week and instead wake up naturally to sunlight and birds at 6 a.m.

How To Protect Your Job From The Next Recession, Whenever It Hits 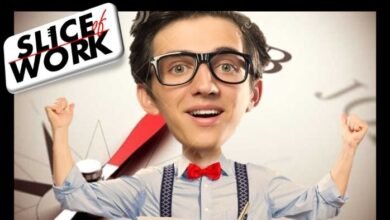 Slice of Work – The Steno of the GM