India-Pakistan relationship is at an all time low and is threatening to escalate into a full fledged – if not a covert war. The armies of both sides are in the limelight in both the countries and each of their citizens are looking up to their next move in the battle to outwit each other.

There is a feverish pitch on Nationalism every where in the media and social circles. We have sadly lost many Jawans to terrorist attacks. Our Jawans in the armed forces are valiantly guarding our borders from our neighboring country & the terrorists at large.

These Jawans and the Armed forces work in harsh working conditions, unfamiliar terrains, hostile environment, months away from family & even civilization and hardly get paid anything in return to look forward to a decent post-military life or provide a decent standard of living to their families.

The ultimate form of commitment is being ready to give ones life for a cause. The Jawans in the Armed Forces do just that. Can there be any other greater cause than this. Look at the conditions their family members live. The video grabs portray a pathetic situation. Most of them are from the lower middle class society and live in small homes and lead a very frugal life mostly living on hand to mouth. No doubt their rations, education & health is taken care off but they certainly don’t enjoy the 5 Start facilities that most of the Corporates offer.

When a P Sindhu wins a Silver at the Olympics she made about 50 crores in a month and is due to sign up another 50 crores. Was awarded land, flats, BMWs and scores of other gifts. Heard Corporates are queuing up to sign her up for Advertising their products. When a Jawan dies defending our country, no one comes forward to honor him the same way Sindu, Saakshi & others were felicitated. I am not against felicitating of Sindhu & the Olympic stars but is their deed greater than our Jawans who gave up their lives. Doesn’t their family need greater support than the families of Sindhu & Saakshi and others.

The question here is how much is a Jawans life worth and how much should he be paid. I am not for one questioning the Army policy on compensation & benefits but I for sure know that they are paid significantly less than the civilians. My father was a Major in the Army for a short period of time, my uncle was a Brigadier in the Army.

Compare this with the United States. As per data available in the public domain

In its report on military compensation, the US Congressional Budget Office concluded:

Compare this with the Indian military compensation they are hardly paid at 25th percentile or even less than the Civilian earnings.

The Corporates have pampered and upped the salary beyond imagination. The Army Chief must be earning 1/5th of an average CEOs salary, forget about the Top Paid CEOs in India. I had an inquiry from a Head Hunter for a potential HR Head role in a leading Indian Company (Global presence) for a salary of 7 Crores per annum. I just couldn’t believe it and found it extremely vulgar. I showed no interest whatsoever.

Despite all the heavy salaries being paid to Corporate Executives, their retention rate is least to be desired when compared to the Armed forces. The commitment level of a Corporate Executive is far behind that of the Military personnel. Will any Corporate Executive lay down his life for his Company? With the slightest downturn in the fortunes of the Company or the Industry there is a flood of executives in search of greener & safe pastures.

It also reiterates and reinforces the fact that Money is not the sole motivator. As Maslows Theory points out its only a Basic Need and as Herzberg has stated that its only a Hygiene Factor. By promoting Money beyond a point, it actually doesn’t increase the Satisfaction, Motivation or Commitment of an employee. As someone said beyond a point Money becomes a depreciating Asset.

Why then does Corporate believe in doling out double digit salary increases year on year and pampering their employees to such vulgar levels is beyond anyone’s comprehension. It’s a tu-tu-mei-mei strategy to attract & retain the lot (employees) who are far from being committed and loyal to the organisation. No wonder the average life span of most of the Indian Metro employees is 2-3 years.

He takes an oath as follows

Will any Corporate employee ever take this oath especially the one highlighted in bold. In my 3 decades of experience it’s the reverse. Self-interest comes first, the Company second and the Country last. We have had CEO’s, Country Presidents, Managing Directors jumping the sinking ship.

Look at the hazardous conditions at which our soldiers serve at the Siachen Glazier and they get paid nothing extra when compared to the civilian workforce and yet we have Unions fighting for Hardship, Hazardous, Disturbance Allowance etc.

I guess it’s a reflection of the current Indian society at large. Look at some of the recent events (RIOTS) in Bangalore that took place.

Its time that we actually had a rethink on our Rewards & Recognition system especially the pampered few (7% of India’s population privileged to work in Corporate sector) and honor the true soldiers whose contribution & commitment to the Nation is far superior than their Civilian counterparts.

At least now the Corporate world should wake up and honor the Jawans who have laid down their lives and to all other Jawans who are ready to lay down their lives in defense of the Country (to keep us safe). The Corporates spend crores of money on CSR initiatives mostly for their own benefit. Cant it start seriously looking at rehabilitating ex-servicemen and support the deceased families in a large way much like we showered and pampered our Olympic Heroes…….

Like we have the Prime Ministers Relief Fund, cant we have a Army Personnel Rehabilitation Fund and all of us contribute and use this corpus for the benefit of the needy Armed Forces personnel and his family.

Guess it all boils down to our value system and trust that the conscience will awaken them from their deep slumber.

Lastly at a time when many a politician and political parties are trying to gain political brownie points and thumping their chests in our battle with the Terrorists & our neighbor, at least the Civilians, should remember to take pride in being Indian and supporter of Indian Armed Forces. This is least thing they can expect from us apart from respect and honor. We need to keep their morale high and stand behind them at this point of time.

Ramesh Ranjan is the Founder & Chief Editor of Human Engineers  an organization being formed to help Organization’s to “make the most of its People” and co-creating value thro’  People”. He is also the Founder & Head of URNEXTBREAK, a Staffing solutions organization aimed at helping employees plan their NEXTBREAK. He is a certified CEO / Leadership Coach, Mentor for Startups, Blogger & a Speaker.

In a career spanning nearly 3 decades, he has been Head of HR and held leadership positions in India & globally in organisations like Schneider Electric India, American Power Conversion (APC), Chevron Texaco/Caltex India, Praxair India, Co Systems India, Indian Herbs & ITI. He was the Honorary Secretary of the National HRD Network, Bangalore Chapter – 2000-2002, Cluster Lead – NHRD Bangalore Chapter (Whitefield & ORR) in 2014 and currently the Vice President – NHRD Bangalore Chapter. He was the member of the India HR Council of the AMCHAM, New Delhi, Panelist on the Roundtable of HR Directors of Petroleum Companies, ISP Mumbai and Member of the India HR Council of Conference Board.

5 Forecasts For The Future 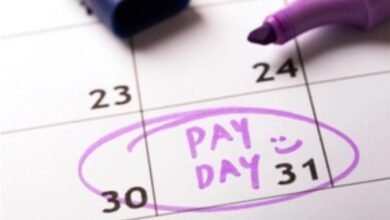 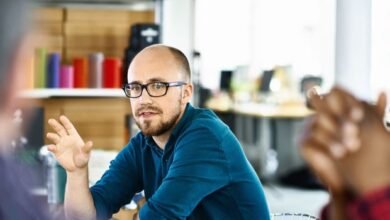 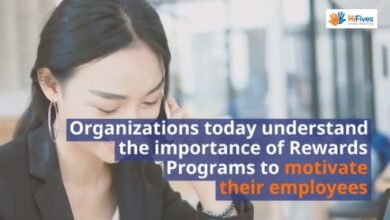 Effective Tips To Improve Productivity Of Your Cross-Functional Team