The pay hike proposed for the Chief Operating Officer of Infosys and the near revolt it has caused within the Board has once again thrown open the debate of Executive Compensation and the ethical question of “How much is enough”.

We have seen of late as to how vulgar Executive Compensation has become. Its not that any one is cribbing as to why these guys at the Top make so much. Its because the parity within the organisation is lopsided. Also it becomes even more unethical because they are the decision makers and approve their own compensation.

Some major U.S. companies are already known for having an huge ratio. PayScale, a company that specializes in salary and compensation information, pegs Walmart as having by far the biggest difference with CEO Michael Duke making 1,034 times the median work for the retail outlet. Others near the top of the list include Target (591:1), Disney (557:1), McDonald’s (535:1) and Rupert Murdoch’s News Corp (409:1).

These are salaries of just people working in US. All these are Multinational Companies and if we start comparing them with Emerging Countries, we will need a calculator to arrive at the Ratio’s. There would be many who will say we are not comparing “ apple to apple”. But these companies club their Emerging Countries revenues & profits in their global balance sheets and hence would also need to be held accountable for their expenditure in these countries.

There are CEO’s drawing Million Dollar salaries per annum and in the same organisation there are people at the bottom of the pyramid drawing less than 120 Dollars per month, especially in Multinational Organisations and those operating in Emerging / Newer economies.

In a specific instance I have seen Country President’s drawing nearly a million dollar salary in India and have Plant Managers fighting & negotiating for a Rs.100/- per month increase to Contract Labour drawing a meagre 100 USD per month.

In another case the Head of a Business Unit (a expat) was vociferously negotiating for increase in Blue Collar Labor compensation. The average compensation was around 150 USD per month. There was no union and the proposal was to give an average 10% increase in salary. The BU Head was resisting such a increase saying that it will increase the Product Cost (Cost of Goods Sold) and will make the company noncompetitive. Great at first sight. At the same time this guy, presented a bill of Rupees 45 lakhs (75,000 UD) for reimbursement of tuition fees for his 3 children studying in India. What an irony. The entire proposal for salary increase of the Blue Collar workforce of nearly 500 people was less than 10K USD and he was complaining about Cost of Goods Sold, company becoming noncompetitive etc to an already low paid staff but here he was rewarding himself such luxuries. He was entitled to go back to his home country 4 times a year and a global vacation.

In another case we had a peculiar problem. We have had requests of Expats bring dogs – in one case 2 and we spent nearly 8000 USD just for clearing & forwarding in India and placing on quarantine (Indian Government regulation). In another case we spent nearly 3000 USD to help a Expat bring in a CAT and spent another 5000 USD to train the cat to acclimatize to Indian condition.

In another case a loss making MNC, the Country Manager insisted on renting a Fully air-conditioned Farm House in the outskirts of Gurgaon – a 3 acre property with a private swimming pool, a mini golf course and a servants quarters bigger than most Indians could afford. Mind you he was just 2 of them. He and his girlfriend living in a mansion. Power was a major issue in Gurgaon those days and we had to install a generator worth around 200,000 USD to power his house. So much so when he left we shifted the generator to our factory in Chennai and it could power the entire factory. He insisted that he rides only German Cars and we had to import a Volvo Car from Germany at a cost of around 200,000 USD those days (including freight & import duty). To serve him we had 2 Security Guards, 2 drivers – 1 for him and one for his GirlFriend, 1 cook, 1 Full time maid/care taker and visiting housekeeper. We used to spend Rs.1 lakh on diesel every month and also another 1 lakh + for maintenance of his garden, golf course, swimming pool etc.

The company was on perennial losses and the lowest paid workman would be less than Rs.5000/- per month ie. Less than 100 USD per month.

Its not just the case of the CEO’s/Managing Directors / BU Heads / Country President’s its also the case with HR Leaders.

In one of the Organisation that I worked the Company was struggling to grow what with all its money spent of large acquisitions. It was running huge losses and the parent organisation was putting pressure to cut losses. The Salary Budget or Salary Increase was fixed at 8-9% and the Country Business HR Partner was going around locations and through Town-halls driving home the message that we are not doing well, we need to pursue profitable growth and hence some tough measures were the need of the day and was trying to justify a lower salary increase and lower Incentives. This HR Leader in turn self rated 5 on a scale of 5 and got an increase of 15% and mind you was significantly paid more than any one else in the organisation including Business Heads.

As Narayan Murthy, the Founder and Promoter of Infosys has said that such huge pay hikes point towards poor governance, especially at a time when the company is going through tough times and austerity measures are being proposed.

He said Those of us who have always stood for fairness in compensation and practiced it, right from the day Infosys was founded, will have to demonstrate it when needed. This is a time when it is needed. Nothing more and nothing less.

“I believe in striving towards reducing differences in compensation and equity in a corporation.

I have always felt that every senior management person of an Indian corporation has to show self-restraint in his or her compensation and perquisites. He or she has to fight for maintaining a reasonable ratio between the lowest salary and the highest salary in a corporation in a poor country like India. The board has to create a climate of opinion for such a fairness by their actions.

Further, giving nearly 60% to 70% increase in compensation for a top level person (even including performance-based variable pay) when the compensation for most of the employees in the company was increased by just 6% to 8% is, in my opinion, not proper. This is grossly unfair to the majority of the Infosys employees including project managers, delivery managers, analysts, programmers, sales people in the field, entry level engineers, clerks and office boys who are toiling hard to make the company better. The impact of such a decision will likely erode the trust and faith of the employees in the management and the board.

With what conscience can a decent person like Pravin (a man schooled in Infosys values for over 30 years) tell his juniors that they should work hard and make sacrifice to reduce cost and protect margin? “

Hence it is high time that the Corporate Leaders rethink on the Compensation strategy and work towards a Reward Strategy that is built on equity, fairness, compassion and at the same time Rewarding Pay for Performance & Responsibility.

You cannot pay obnoxious salaries to the top management when the company’s performance has not met expectations and  when the rest of the organisation is not getting that kind of salary increases. Otherwise as Narayan Murthy said, with what face can they go their Teams and propose hard measures, lower salary increases, lay offs etc, when they are not willing to make any sacrifices and do not walk the talk.  It is terrible for any leadership to do.

Its about time that it makes Good Corporate Governance to publish all Top Executive Compensation to public and more so within the organisation. An Open Compensation policy will perforce drive parity and sanity in Compensation & Rewards. Top Executives will be hard-pressed to justify their salaries. As long as its kept hidden, secret and is enshrined in a Black Box the potential to exploit it to their own end and benefit will continue. Its about time this is put to an end.

If there is no self awakening and self regulation capitalism may come to an end in the not-so-distant future if the current corporate leaders do not heed this advice in India as has been warned by Narayan Murthy.  Its about time the self serving Executive Greed must be controlled. Or may be the Government will once again have to swoop down and cap salaries of Top Executives like before.

Will the HR Leaders stand up , will these Leaders  heed or not, only time will tell. Whatever said and done its testing times for all……

First published in Linked In………. 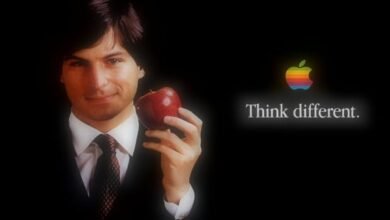 23 Leadership Quotes To Help You Grow & Inspire Others 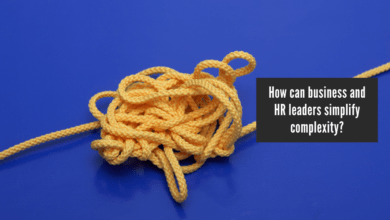 How Can Business and HR Leaders Simplify Complexity? 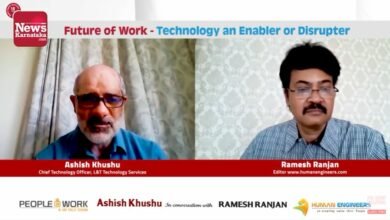 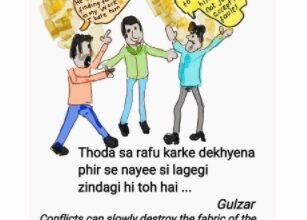