When someone sings your praises, it usually feels good. However, many people have trouble responding to such praise graciously. “We’re taught to give—as we should be—but not how to receive,” says Amanda Owen, author of The Power of Receiving: A Revolutionary Approach to Giving Yourself the Life You Want. “People get flummoxed on how to receive a compliment.”

The responses can go one of three ways. One is deflection: responding with “oh it was nothing” or “it’s not as good as it could be,” or some other reaction negating the compliment. The thinking, says Owen, is that “if I agree with the compliment, I may look like I’m full of myself, and have a big ego.”

The second common response is to prattle on, which is its own form of deflection. If someone has told you how well your presentation went, you launch into the entire saga of your childhood stage fright, and your speeches that bombed in the past. This is also problematic, as “nobody wants to be lassoed into listening to a monologue just because they said something nice to you,” Owen says.

BEING WARY OF FLATTERY

Finally, people can give compliments too much weight. Self-help guru Dale Carnegie identified compliments as a key strategy in his classic book How to Win Friends and Influence People: “Nothing else so inspires and heartens people as words of appreciation,” he wrote. While he wasn’t suggesting flattery for evil ends, compliments can be an effective form of manipulation. You’re more likely to buy when the salesman tells you how great that jacket looks.

So how can you take a compliment well? “If someone says something nice to you, a really great response is to simply say thank you,” says Owen. This is easier said than done, of course, but there are a few ways to change your thinking about it.

First, you do not have to agree with the compliment or agree with the motivations for a simple “thank you” to be the right response. There are many tragedies in the world and yet in this world of woe, someone has paused in their day to say something nice. “It’s such a great thing when you think about it,” says Owen.

We can be happy about this small moment of good for its own sake. “It’s just about expressing gratitude,” says Owen. “I don’t think we need to complicate it.” When viewed this way, “The other person’s motivations are not important, just as your own inner life in the exact moment a compliment is received is not really important either.”

Everything You Think You Know About Addiction Is Wrong | Johann Hari 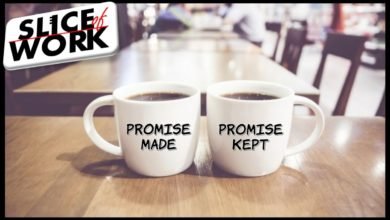 Of Promises made and promises kept