Eleven years ago, Vanita Pise made the riskiest decision of her life: she took a loan of 10,000 rupees ($160) to buy a buffalo, what most families in her town earned in six months at 2003 wages.

A shy housewife from Mhaswad, a small town in the western state of Maharashtra, Ms. Pisa had never in her life held a formal job or had a steady income.

With the money Ms. Pise earned from selling the buffalo’s milk, she repaid the loan within six months, much to her own and her family’s surprise.

“A loan is a big burden and I was scared… I didn’t think I’d be able to pay it back,” said Ms. Pise, adding that after she failed grade 10 in school, she had lost all self-confidence.

Ms. Pise soon moved on from selling just milk and now earns between 20,000 to 30,000 rupees ($320 – $480) a month manufacturing disposable paper cups and plates. She also sits on the board of Mann Deshi Mahila Sahakari bank, India’s first bank for women, which she says gave her the financial and moral support she needed to become a successful businesswoman.

The 38-year-old entrepreneur also employs around 10 other women from her village and speaks to hundreds at community events on behalf of Mann Deshi. “I tell the other women, look at me — I don’t have a fancy degree. If I can run a business successfully, so can you,” said Ms. Pise.

The journey to success was not seamless. When Ms. Pise first saw the advertisement for a paper cup manufacturing machine at the Mann Deshi office in 2004, she decided to borrow 15,000 rupees ($240). Her family’s poultry business was failing, and the income from selling buffalo milk was insufficient to run a home.

The paper cup business grew rapidly, and soon, 10 other women bought similar machines on her advice. But within a few months, the women ran into trouble with their supplier and Ms. Pise realized that without access to raw materials, they would all have to shut up shop.

She felt partially responsible and, with encouragement from Chetna Gala Sinha, the founder of Mann Deshi, she found a source for raw materials and started to supply these to the women. In April 2006, she won the Confederation of Indian Industries’ Woman

Five Developments On Your Provident Fund (PF) Money You Should Know

How to overcome bias 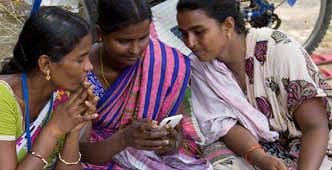 Answering the aspirations of rural India through Women Entrepreneurs!