DJ Khaled, the one-man internet meme, is known for warning his tens of millions of social media followers about a group of villains he calls “they.”

The “they” Khaled invokes are clearly a sinister force. But who are they? Khaled offered clues when he told DeGeneres, “They are the people who don’t believe in you.…They is the person that told you you would never have an Ellen show.”

Although Khaled’s claims may seem outlandish, he is in fact leveraging a powerful psychological hack: scapegoating. The practice of imagining a villain that’s conspiring against us, scapegoating can be an effective way to motivate ourselves and change our behaviors. Of course, as history has shown, terrible things can happen when people act on baseless conspiracy theories. But sometimes the antidote is in the venom.

Khaled isn’t the first to use the technique. In The War of Art, Steven Pressfield uses an entity he calls “Resistance” to describe the force conspiring against creative output. “Most of us have two lives,” Pressfield writes. “The life we live, and the unlived life within us. Between the two stands Resistance.” Throughout his book Pressfield reminds readers, “Resistance is always plotting against you.”

The author and game designer Jane McGonigal described a similar conspiracy of bad guys in her book SuperBetter. McGonigal blames villains like “Mrs. Volcano” and “Snuff the Tragic Dragon” when she loses her temper with her kids or feels self-pity.

Khaled, Pressfield, and McGonigal know that “they,” “Resistance,” and the “bad guys” don’t actually exist. For Khaled, that’s the joke that powers the meme. If Khaled were to point a finger at a real group of people intent on sabotaging him, such as an ethnic group or a particular corporate entity, his scapegoating wouldn’t be funny — it would be malicious.

In order for productive scapegoating to work, it’s important not to assign blame to something or someone too specific; if we do so, we’ll shirk our responsibilities to change our own actions.

Instead, we need to find the underlying causes of our bad behaviors, which requires asking difficult questions — especially since our intuition is frequently wrong. Maybe we don’t binge on junk food or YouTube videos because of the pleasure in what we’re consuming, but because of deeper problems consuming us. Perhaps the true reason we allow our phones to interrupt dinner is not that we’re addicted to our phones, but that we’re addicted to work.

The Ridiculously Simple (And Avoidable) Reason Most People Hate Their Jobs

Are you a natural innovator? 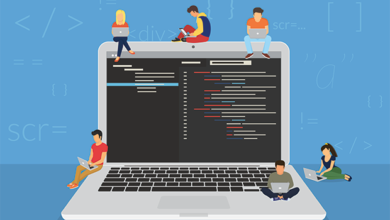 7 secrets for getting digital transformation right