Vmart is India’s largest Multi-brand value retailer with a sole focus on Tier 2 and 3 cities like Motihari, Ujjain, and Sultanpur and has 200 stores. With a motto of “Price Less Fashion,” they cater to the needs of the entire family by offering apparels, general merchandise, and kirana goods at reasonable prices.

This is a series I plan to do on HR-Tech implementation. The lessons learned and how organizations are thinking beyond ERP solutions offered by the giants. We hope that this series will encourage more organizations to go digital and improve the employee experience. After all, that is the future of work.

The Chairman of V-Mart had described his vision, “We are already in 160 cities and operate mainly in the Tier II, Tier III and even Tier IV cities. 4G is still a dream in many of these places. But I would want that we provide each one of our employees a better way to manage their experience at work, irrespective and in spite of these issues. All our people should have control over their experience at work and access to their own data. Technology should remove the barriers of grade, location, seniority by providing ease of use. When someone wants to know how much they have earned in a month, why should he/she need someone in HR to tell her that?”

Anjali Goel, the CHRO explained another peculiarity of the retail environment.

She wrote the words “Employee Connect & Experience” on a piece of paper and looked at the two visitors. She explained, “  The Front end associate is a very important person in retail. There is no direct medium of engaging & connecting with them and there is lot of dependency on the store manager and that often impacts business. The tech should solve this problem.”high

Prakash Rao from PeopleStrong asked, “Do they have emails?” He knew that in many retail environments, most employees did not have any connect with the Head Office.

The CHRO smiled and said, “Most employees do not have emails, , and in fact, most of them don’t even use smartphones. On slow internet speeds, it is frustrating to open up web pages that take hours to load, making email access a far reality.

Along with this, there is another challenge – High attrition and its impact on working capital. We have high employee attrition in some stores. Since the payroll cycle takes almost 10-12 days, we estimate his/her salary for the second half of month based on the pattern in the first half of the month. If they quit in between, HR has the additional challenge of recovering the salary paid for days not worked. In a high attrition environment, that results in a lot of working capital getting stuck.”

The biggest challenge in HR-Tech implementations

The team came back with a two stage solution. In Phase I, they would address the problem of connect and consistent experience on mobile. In the second stage, they would cover the rest of the employee touch points.

Prakash says candidly, “The biggest challenge in HR-Tech implementations is data. Data sanctity is the biggest milestone we had to achieve. Everything depends on that. It enables reporting needs of the business. It also creates an audit trail that we can use to understand when the data was entered. Who had access to read or modify the data. Above all, when the employees see that the data matches their own records, it generates trust in the system. It encourages them to use it.”

The result is in the Product Stickiness Metric. Simply put, it is the number of people who use the app every day compared to the employees who use it every month. In case of V-Mart 90% employees use it every day. And only 3% employees use it once a month. In fact, within weeks of the launch, almost 90% of the people had not only downloaded the app but were using it to connect and collaborate. The best thing was that most of them were first-time smartphone users.

The Chief Experience Officer Prakash Rao believes, “User adoption is a big part of the implementation. The mobile app’s User Interface (UI) has been designed such that every transaction can be completed in a few taps. You do not have to teach anyone how to use the app. That is a big driver of user adoption especially by the store employees. That is the secret of the high number of Daily Active Users. You may recall that the first design principle the Chairman had laid down was that the employee in the store should be able to use it.”

He also explains that when employees get access to a Do-It-Yourself system, the experience automatically improves. When the employee can manage 60% of his work related transactions without going to HR, we see a 50% improvement in the employee-satisfaction rate.

When they went live on 1st August 2018, the Chairman told the employees,

“Your mindset must change along with the new technology that we have implemented.”

Then he told his HR team to join the PeopleStrong team in some of the V-Mart stores and watch how easy it was for the employees in the stores to use it. The feedback from the users would be collated every day and the Chairman would take a decision to say if a change in the software was warranted.

It was on this kind of feedback that the PeopleStrong team redesigned the pages for the most frequently accessed processes like leave and attendance to load quickly in cities where internet speed was limited. The messenger app was designed to be such that employees could easily share videos or photos among themselves. That in turn drove up employee engagement.

Lessons I learned from the V-Mart implementation:

How to get your ideas to spread | Seth Godin 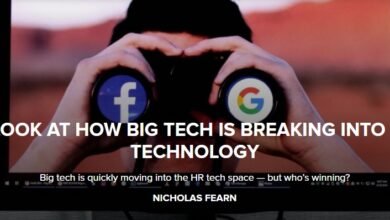 A LOOK AT HOW BIG TECH IS BREAKING INTO HR TECHNOLOGY 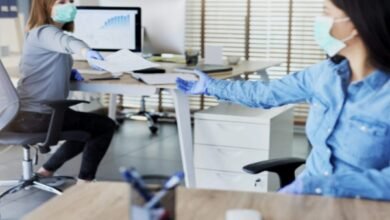 Organisations taking initiatives to ensure wellbeing of their employees 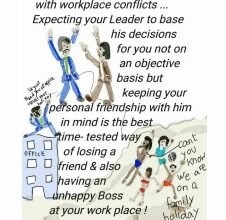 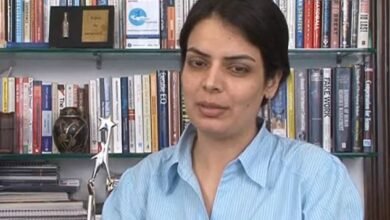