Being laid of is a bitter reality but is there a better way of doing it? It is all about managing the dignity of the individual.

Layoffs hurt. They hurt even more when companies do it paying scant attention to the financial and emotional trauma that a job loss is bound to cause. They also spark furious backlashes, hurting the corporate brand and resulting in a catastrophic loss of trust. A case in point could be Tech Mahindra, India’s leading information technology (IT) company and part of the $19 billion Mahindra Group. Right now, its management is facing allegations of large-scale and illegal retrenchment of its employees in Hyderabad. Earlier, too, the company came under fire when the audio clip of a termination call went viral. In that audio clip, the company’s human resource (HR) executive was heard asking an employee to resign by 10 a.m. the next day or face termination. The employee kept pleading for a reasonable notice period or a discussion but was told there could be no room for ‘flexibility’.

Mahindra Group Chairman Anand Mahindra and Tech Mahindra Chief Executive C.P. Gurnani apologised for the incident on Twitter. But the writing is on the wall. Massive layoffs are fast becoming a reality across sectors – from IT and tech to manufacturing, retail, financial services and more.

Of late, Indian IT majors, including Infosys, Wipro, Cognizant, Capgemini and Tech Mahindra, are handing out pink slips in large numbers to cope with growing automation, outsourcing restrictions and tightening visa norms. According to Vinod AJ, General Secretary of Forum for IT Employees (FITE), a representative body of people working in IT and call centre companies, around 20,000 employees have been asked to leave, and if the current pace continues, the number may reach 50,000-60,000 in the next three months.

Asking employees to leave will always be a difficult conversation as most people go into a grieving phase or refuse to accept the reality. According to YourDOST, an online counselling and emotional wellness platform, more than 60 per cent of the professionals ‘released’ by their companies suffer from anxiety, depression and lack of self-confidence.

Downsizing might be inevitable against the backdrop of protectionism and a global macro outlook still predicting a recession in the near future. Experts, however, think, if such an undertaking is handled honestly and responsibly, it would help people get over the negative part and start rebuilding their professional future.

HR leaders to get a glimpse of the best and the worst layoff exercises they have experienced and the takeaway from those.

Background: In March 2017, a company decided to reduce employee cost across two product lines due to declining revenues and weak customer demand.

What went wrong: The top 10 leaders decided to rationalise costs by laying off some employees. However, two of them from the decision-making team gave an early heads-up to their favourites. Those, in turn, shared it with others and soon it became an open secret with employees confronting their managers about the impending layoffs. The leaders feigned ignorance, and the strongest performers started to leave. Stories of possible layoffs also appeared in the media. To limit the damage, the Chief Executive did a townhall, assuring no layoffs would happen. But the leadership team met again and decided to go ahead with it after a gap of two months.

Takeaway: The initial denial and the upshot indicate a betrayal of trust that affected those who left and those who survived. It further ruined the credibility of the leadership, especially that of the CEO. The CEO should have confronted the two leaders who breached confidentiality and shared the news with a few employees ahead of others. If layoff is inevitable, it makes sense to convey the same to all employees, but a selected few must not be privy to the information. A layoff is a traumatic moment, but working on it ahead of time makes everyone better prepared to handle the situation. Employers cannot guarantee employment, but they can invest in employability.

Background: A new CEO took over a Fortune 50 company and decided to shut down two languishing business units, affecting 300 people.

What was done right: As soon as the decision was taken, the CEO conducted a townhall where he explained why the step was a business imperative. The business units were making losses for the past five years, and the parent company was against any further investment. If they were not closed, the two units might jeopardise the existence of the larger organisation.

The CEO decided to finish the winding-up process in just three days, following which employees were given paid time-off so that they could focus on finding their next option. He also garnered support from all employees, asking them for contacts and references to help the affected get placed. An in-house job portal was created to share the information seamlessly. Everyone pitched in, and a good many people got placed through friends.

Takeaway: It is best to tell your people upfront what the options are. While the decision to part ways is never easy, the leaders can soften the blow substantially. People knew the two divisions were making losses. So, they felt it was a fair decision. As everyone was informed, it did not lead to rumours or put the remaining employees under stress. Involving the entire organisation to help with placements also provided a social support system and took away the potential stigma attached to the decision.

If you can't trust your employees to work flexibly, why hire them in the first place? 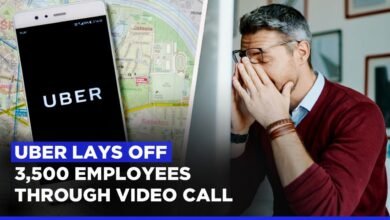 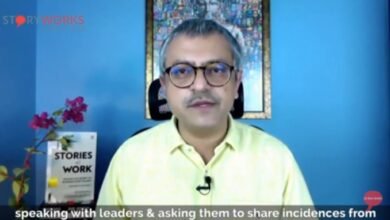 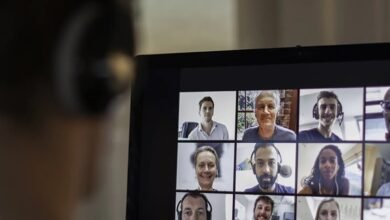