Nine months ago, I boarded a plane in the U.K. with a plan to launch two businesses out of a backpack. It was to be an 8,000-mile startup pilgrimage to four countries—India, Thailand, Malaysia, and Indonesia—during which I’d bring two great business ideas to life.

Some expat entrepreneurs have foundthey can make ends meet and live much less grueling work lives. After all, that’s part of the appeal of leaving the urban rat race behind to become a digital nomad overseas.

My expectations were different. I was prepared to go abroad and work really, really hard. Even so, I was surprised at just how hard—and wound up having to adjust course. I’m glad I did. Here’s how.

There are plenty of advantages to leaving home in order to launch a startup: Swapping gray skies for blue, saving money on living costs, keeping expenses down while bootstrapping your company. The rise of international coworking hubs means you can get reliable internet access and find potential collaborators as you travel the world. But it’s not all coconuts and cocktails.

After two weeks of struggling to get online in Goa, I moved to Chiang Mai, where I knew virtually no one. And that’s where the workaholism began. I was juggling freelance work at the same time that I was trying to chip away at the two new business projects of my own. I’d set myself the arbitrary target of two months to get them going.

The laptop came out at 6 a.m. and stayed nearby until 11 p.m., sometimes reappearing at 4 a.m. I ate alone. I barely socialized. I nearly gave up on sleep. I found that it’s frighteningly easy to fall into this kind of behavior when you’re far away from family and friends.

I reached my nadir in Koh Lanta, a region of coral- and mangrove-wreathed islands in southern Thailand, when I launched Start Me Up, which connects young people with opportunities at startups in emerging startup hubs. I fell ill but carried on regardless as applications for the program began to roll in. I should’ve been resting but I found myself in contact with hundreds of students all over the world. Predictably, as the momentum behind the startup grew, so did my aversion to sleep. 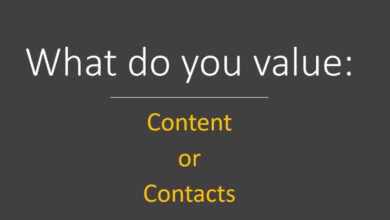