Though entrepreneurship in India isn’t new, Indian business has come a long way. There are numerous Indian companies listed on the Fortune 500 and a huge number of Indian billionaires.

Aspiring businessmen and women looking for inspiration would do well to study the achievements of India’s greatest businessmen. Some on the list are especially inspiring because they managed to make their fortune during British rule, when the environment was not conducive for business and particularly for Indian business. The ones who succeeded in that environment went the extra mile to succeed. This list will give you a broad outline of the amazing journey some of these tycoons took.

Let’s go back in history and celebrate the achievements of some of these greats. Dhirubhai Ambani is the most famous businessman in all of India. Even a five-year-old knows about him – or at least will recognize his last name. Ambani’s journey took him from his life as a student in the dusty lanes of a small village in Gujarat to the major seaport city of Aden and finally to Bombay where he becomes the doyen of the Indian industry.

Though he wanted to continue his studies after finishing school, Dhirubhai could not afford to do so. So, he instead went to Aden, Yemen to earn money and improve his financial condition. In Aden he worked as a clerk for a trading firm. In those days, Aden was the second-busiest port in the world, and traders from across the world came here for business. He learned the ins and outs of trading and read everything that he could lay his hands on.

When British rule in Yemen came to an end, many Indian expatriates went either to Britain in search of better life or came back in India. Dhirubhai choose the latter and started his first business, Majin, with a cousin. He then quickly launched out on his own, founding Reliance Industries in 1966. As of now, the combined fortune of his family tops out at 60 billion dollars, making them one of the wealthiest families in the world. As of 2012, Reliance employs over 85,000 people and is responsible for over 5% of India’s tax revenue.

Hindustan Unilever mulls job cuts, extent of layoffs could be between 10% and 15%

The Theory of Success | Jesse Henry 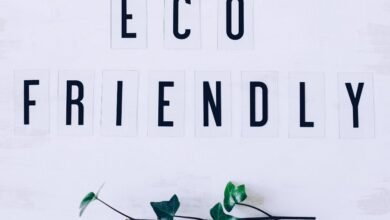