New Delhi: Information Technology major Infosys plans to focus more on local hiring in the US and is also looking at setting up development and training centres in the country as part of its efforts to tide over visa-related issues.

Infosys has been in favour of a healthy mix of local and global personnel even though hiring locals in overseas markets often pushes up operational costs for IT outsourcing companies. With the US mulling over various measures to make visa norms stricter under the Donald Trump administration, Indian IT firms have been contemplating tweaking their business models and accommodating more locals.

“We are closely monitoring the overall situation with respect to visa… in the last 24 months, we have focused on increasing our presence in the US with a lot more local hiring,” Infosys chief operating officer U.B. Pravin Rao told investors on a recent conference call.

He added that at this stage, Infosys has not seen any “undue things” that will impact the way it does business. “In this year, we will continue that focus. We will accelerate it. We will also start looking at developments and training centres in the US as well,” he said.

Rao, however, did not talk about the investments Infosys will make on the expansion. The North American market accounted for over 60% of Infosys’ $10.2 billion revenue in the 2016-17 fiscal. During his election campaign, US President Trump had promised stricter immigration laws and protection of local jobs.

Besides, a legislation (Lofgren Bill) in the US was introduced that proposed doubling of the minimum wages of H-1B visa holders to $130,000. Most recently, the US Citizenship and Immigration Services (USCIS) had come out with a policy memorandum that potentially makes it difficult for Indian technology professionals to work in the US at entry-level positions.

Any change in visa norms can affect the movement of labour as well as spike operational costs for the IT players. Indian firms like TCS, Infosys and Wipro that are dependent on visas are now focusing on bringing on board more locals to comply with the norms.

Once considered an industry bellwether, Infosys has had its share of challenges over the past few years. Apart from competition from rivals like TCS and Cognizant, it is also facing a public spat between founders and the Board over allegations of corporate governance lapses.

Under CEO Vishal Sikka, the company has been trying to turn things around. The former SAP executive has set up an ambitious target for Infosys reaching $20 billion revenue by 2020 with a strong focus on new technologies like automation and artificial intelligence. While Sikka himself has admitted that the goal is “aspirational”, the company has continued to invest in start-ups working on these new-generation technologies.

When customers are afraid to say YES

The local delivery manager who became a multi-millionaire 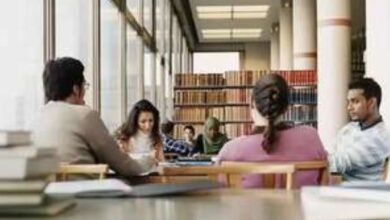 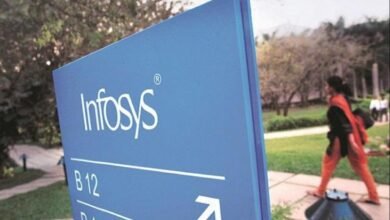