Last one week was indeed adventurous. First, it was the fourth  edition of the CII Innovation Meet hosting the head of products at Google India- Lalitesh Katragadda, and Ramji Raghavan, the founder of Agastya Foundation. Then sometime back it was the great Henry Mintzberg who visited the IIM Bangalore campus and talked about his new project in life- Re-balancing Society. And this morning I got to meet and hear from the head of Ideas to Reality Program at Intel India, Kishore Ramishetty. Here’re the excepts from the discussion.

Innovation at Google (India)
Lalitesh, a bachelors and masters from Carnegie Mellon University  and a long timer at Google, comes across a very thoughtful person. Don’t go at how young he looks, but look at how much of wisdom he packs.
Lalitesh started with describing the evolution of science and technology, which was for long driven by defense and government needs, and is now increasingly been driven by customers. Further, there still exist the ‘dark knowledge’ or hidden knowledge, mostly local in nature, which is inaccessible to people on the web. Access to this locally available information, in a searchable and referable format would increase productivity of people many-fold.
He described three pivots to the information of future: Digital Governance, Crowd- sourced, and Communication. One of the success stories that Lalitesh led was Google Mapmaker, an application that allows people to map their cities and local communities. While narrating the story of Mapmaker, Lalitesh shared the challenges his team faced, especially with regards to the resistance from Google Maps, but eventually the project was successful, and it so happened that Lalitesh was able to handover Mapmaker to the Google Maps team! That’s a great lesson in managing an innovation project. The art is in cultivating internal sponsors, who would scale projects, and help you move to your next assignment.
Another useful insight was that humans engage on media that arouse emotional response, hence YouTube is preferred over reading and writing. In fact, most uneducated people engage in video as a medium than their educated counterparts. Most uneducated people are comfortable with deciphering maps and videos, even though these are costly medium to access. Finally, Lalitesh made a call for a digital revolution, calling a revolution as ‘a paradigm shift in a very short period of time, which unsettles people’.
Revolutionizing education: Agastya Foundation
Started in 1999, Agastya International Foundation is an educational campus aimed at inspiring curiosity among rural children in India. Famous for running the world’s largest hands-on science program, the foundation has pioneered many concepts in science education, including Mobile Labs, Science Centers, Young Instructors, and Toy Science, among others. As of 2009, the Agastya Model has impacted over 3 million children and 120,000 teachers in 30+ districts and 4 states in India. That’s something for a social innovation.
Ramji, the founder of Agastya International Foundation, narrated his story as an entrepreneur, and how challenges and shortcomings turned out to be great avenues for applying creative thoughts. He aimed at increasing the ‘absorptive capacity’ at the grassroots level through cultivating cause- effect thinking and creative thinking. The shortage of funds and real- estate lead to the advent of Mobile Science Labs, and shortage of teaching staff emerged as opportunities for training young students as instructors. The village science fairs and Lab-in-a Box further increases the outreach to the hinterland of India. Based upon the scientific insight that one’s understanding is highest when actively involved in hands-on engagement or teaching, the Foundation encourages active learning.
As for measuring the outcome, the clear measure is how much of a confidence building has happened to the students and an increase in questioning attitude. The talk was really inspirational, and the act is surely the need of the hour, for if the future of India are our children, they need to be more curious and ingenious for solving major problems that future brings to us. 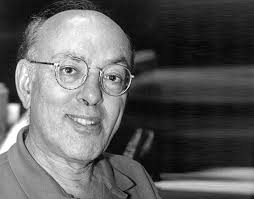 Henry Mintzberg on Re-balancing Society
Here was an occasion of seeing the man in person whose thoughts have profoundly shaped strategic management for several years now, and the one who never ceases to take a counter-stance at the popular beliefs of the time. Whether is be the rise and fall of strategic planning, or strategy as an emergent phenomenon, or now the challenges with capitalism, Henry has the art of putting it succinctly.
His latest work is on proposing a re-balanced view of the society, which relies neither on the power of public or private, but instead offers a plural view. Henry opines that firms (most large firms in the USA) have moved from the realm of exploration to exploitation, the invisible hand has become the visible claw, and firms have got vested with legal forms of corruption marginalizing government’s role to almost nothing. He reckons that the ongoing crisis in the US and most of Europe is not an economic one but is instead managerial in nature. The plural sector, that lies in between private and public has four essential prongs to it: member owned or non- owned, social movement, and social initiatives. These would be commons based and promote commuityship, and offer a re-balance of the our societies which are right now swinging between the powers of communism and capitalism.
In deed the talk was thought provoking, but still was heavily skewed towards a US view of the world, though Henry is a Canadian, and was ahead of time for India, as here things are still in a balance vis-a- vis most of the developed world. But none the less, a great talk. 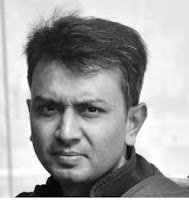 Ideas to Reality Project at Intel India
Since its entry in India in 1988, Intel has gauged up India’s talent and market potential significantly. Today the firm has over 3,500 strong workforce in India, comprising of over 3,000 people in R&D alone, making it Intel’s largest non- manufacturing outfit outside of the USA.
Sometime in 2008, Intel India started with a project titled ‘Ideas to Reality’  under the leadership of then India’s president Praveen Vishakantaiah and head of Innovation Projects Kishore Ramishetty. Kishore was at the campus this morning talking about the journey of Ideas to Reality.
The genesis of ideas came from the statement by Andy Bryant, then CFO of Intel, as he stated the charter of Ideas to Reality (I2R) program as ”shine light on business opportunities that are in the blind spot for the business units”. Very clearly, I2R program aimed at opening new business opportunities for Intel in emerging markets. Five year on, the program did generate significant traction internally, and success externally.
The key management lessons however were: the significant of a strategic sponsor and virtue of pitching an idea at the right level of the organization; being realistic about the dominant logic of the firm, and its extent of incongruity with the ideas being pitched; and need for a parallel sales team to commercialize an ideas that doesn’t fit neatly into the firm’s gross margin expectations.
All the four talks indeed touched upon different facets of managing innovation in a social / organizational context. That’s what is the power of being in an educational institution. You are constantly exposed to new ideas and people, all up to one’s interest and absorptive capacity.
Republished with permission and originally published at www.pavansoni.com
Advertisements

Machine Learning, Artificial Intelligence – And The Future Of Accounting