The unique feature of Hinduism is its diversity and fluidity.

=> It is easy to use diversity as a tool to stifle all positive conversations on Hinduism, and reduce popular Hinduism to “patriarchal, casteist, hegemonic Brahminism”, a noticeable trend amongst many left wing, even secular, intellectuals of India.

=> Many Euro-American academicians have also been arguing for some time that there is absolutely nothing common in the diverse communities of Hindus and that “Hinduism” is a false construct created by the British who used the word “Hindu” for the first time in the 19th century for administrative convenience to bundle together unrelated groups who were not “people of the book”.

=> This naturally angers those who strive to create a united Hindu political force that the world cannot ignore. Explaining how Hinduism is a complex adaptive system (a phrase used by author Sanjeev Sanyal) is tough. It seems far easier to stifle all conversations on Hindu diversity and seek construction of a neo-Hinduism rooted to one language (Sanskrit), one book (Bhagavad Gita), one system (jati), one way of living (vegetarian, heterosexual, patriarchal) and “reverse” conversions (ghar-vaapsi). This institutionalised religion (sangha) is protected by missionaries (pracharak) who function as celibate, saffron-robed warrior knights who need to wield, according to the fiery Yogi Adityanath, the “book” (shastra) and “the weapon” (shaastra), rosary (mala) and a lance (bhala). They call this neo-Hinduism, rather ironically, a timeless faith (sanatan dharma).

Timeless faiths need no protection. But knights need dragons (secularists, Christians, Muslims) and damsels in distress (Bharat Mata). And they end up throwing the damsel in an ivory tower, restraining her with new rules and definitions, allegedly for her own good!

The idea of chivalrous knights in shining armour emerged in medieval Europe and was popularised by bards known as troubadours. The chivalrous knights did not fight for glory, or spoils of war, but for goodness and righteousness. They were imagined as selfless men who believed in pure love — who stayed celibate in the service of a woman they loved, a woman of high rank, a queen usually, who was married off to another and so unobtainable.

Eventually, she was identified with the Virgin Mary. She was Notre Dame (Our Lady, in French). Did Notre Dame inspire the concept of Mother India? Are the preachers and defenders of neo-Hinduism inspired by the idea of the celibate chivalrous knight? We can only speculate.

The difference between Hinduism and Abrahamic faiths is rather stark. For example, in Hinduism, there is no concept of “false” god or “true” god. Ideas like “Satya Narayana” (True God) emerged in India only after the advent of Islam. More popular is instead the idea that all gods (spelt in plural and without capitalisation) are manifestations of God. Or that every god can be God sometime. Thus Shiva is God. Vishnu is also God. They are different to look at. Their stories are different. But in essence, they are same. Further, Hinduism has the concept of the Goddess. And Goddess is not a female form of God. She is independent of God, one who enables the divinity of God. Thus Shiva is shava (corpse) without Shakti. And Vishnu exists to serve as go-pala (cowherd) to go-mata (the earth-goddess).

Hinduism’s complexity, fluidity and diversity has always been problematic to many Hindus. Unconsciously there was a need to get validation from the West. Nowhere is the desire to stifle Hinduism diversity more evident than in the obsession with Bhagavad Gita. Few realise that it is but one of many Gitas. There is Guru Gita, from the Skanda Purana, in which Shiva sings in response to a query by his consort, Shakti, about the meaning of one who facilitates spiritual growth; Ganesh Gita, which is part of Ganesh Purana, where Ganesha as Gajanana explains to king Varenya the truth about the world; Avadhuta Gita, in which the mendicant Dattatreya, first guru to all tantriks, sings about the nature of reality; Ashtavakra Gita, in which the hermit Ashtavakra, following a question by king Janaka, explores the nature of the soul; Rama Gita, from Ananda Ramayana, in which Ram, king of Ayodhya, consoles his brother, Lakshman, after the latter has abandoned Ram’s wife, Sita, in the forest; Uddhava Gita, also known as Hamsa Gita, from the Bhagavat Purana, in which Krishna, before leaving earth and returning to his heaven, Vaikuntha, summarises the wisdom of his life to his companion Uddhava; Vyadha Gita, from the Mahabharata, in which the butcher sings a song to explain to an arrogant hermit that being a householder, performing one’s duties, and serving others, is perhaps as important spiritually, if not more, than renouncing the world and serving only oneself; Anu Gita, narrated once again by Krishna to Arjun, but after the war, when Arjun’s brothers, the Pandavas, have firmly established their rule after defeating their cousins, the Pandavas; Devi Gita, where wisdom is given by the Goddess, not God.

In the late 18th century, the East India Company decided to publish the English translation of the Bhagavad Gita. Before that the Bhagavad Gita was known to Indians through songs of poet-saints like Dyaneshwara of Maharashtra (13th century) and Balarama Das of Odisha (15th century), which captured the spirit of the Sanskrit text but focussed on the path of devotion (bhakti marga). The Sanskrit text itself was restricted to Brahmins scholars such as Shankara (eight century), Ramanuja (11th century) and Madhava (12th century) who wrote long commentaries on it and focussed on its intellectual side (gyan yoga). When it was put down in writing, 2,000 years ago, the purpose was to counter the rise of monastic orders such as Buddhism by amplifying the value of ritual duty and social obligations (karma yoga).

It remains a mystery what made Bhagavad Gita more popular than the others. Was it more comprehensive? Was it more dramatic as it is takes place on a battlefield between two armies on the brink of war? Did its monotheistic tilt make it popular when Muslim and Christian rulers dominated the land? Internal correspondence of the East India Company reveals publication of this document was justified on ground that Gita’s monotheistic spirit aligned with the monotheistic spirit of Christianity, and was less confusing than polytheistic Vedas. This made Hinduism more comprehensible, and less fluid, enabling even many of India’s founding fathers, lawyers mostly, who went to London for further studies, connect with the glory of their Hindu past, for the first time in their lives. This naturally led to the meteoric rise of the Bhagavad Gita, transforming this Vaishnava document into the “Hindu Bible” with its own “One True God”.

The saffron knights will argue, Hinduism was always monotheistic! We did not need the British, or the Muslim before that, to make it monotheistic. They hate the suggestion that theism itself emerged later in Hinduism, that the Vedas seem rather agnostic in many portions, and that the Hindu concept of God, with Goddess, is radically different from the concept of God in Abrahamic faiths. Such historical analysis of Hinduism angers the saffron knight. They want their neo-Hinduism damsel to be static and stagnant, defined by their needs and their limited knowledge and their desire to measure up to the Abrahamic faiths. They cannot handle the idea that Hinduism is a self-sustaining (swayambhu, in Sanskrit) evolving entity, indifferent to all those who seek to control, conquer or rescue her.

7 college dropouts who made millions 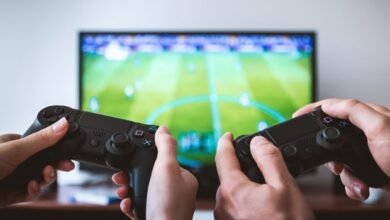 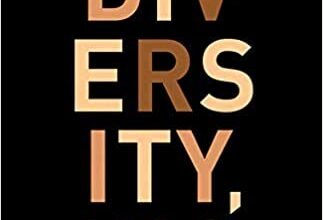