While all of us agree that his disciples are the various stakeholders viz. Investors, Shareholders, employees, suppliers, government & the society, for most CEO taking the Investor /Shareholder to the promised land is number one priority. Many of them forget that there are other important stakeholders in an organisation. Why then will organisations lay off thousands of employees at the slightest downturn?

Every living being on this planet is primarily driven by the need to satiate their hunger to survive. The issue here how do you satiate your hunger and how much to?

In the animal kingdom hunger is predominantly food. Sex and need to procreate is next form of hunger. They don’t crave for anything else. At the most some of them might be territorial but don’t horde them.

Animals live by “Might is Right- Survival of the fittest “. However animals live by the day or for the moment. They don’t store food for days, weeks, years. They kill a prey eat out of it and after its done and their immediate hunger is satiated, do they prey for another.

In the Human Kingdom the need is hierarchical like Maslow said. There is a need for food, then shelter, clothes, sex for pleasure & procreation, belongingness, esteem, power…… and the list goes on. In todays world Human Kingdom is also driven by “Might is Right- Survival of the fittest “. However unlike animals Human needs are never satisfied. People tend to store for food (wealth) for tomorrow, next week, month, year and generations to come. Not satisfied with one house but with multiple houses, multiple cars, multiple partners and amass for generations to satisfy.

According to Devdutt Pattnaik, Chief Belief Officer of the Future Group, in the vedic Indian mythology there are three promised lands:

Swarga has the Kalpataru tree which gives you what you ask for. There is infinite return without investment. Indra, the king of heaven, is prosperous but Swarga is always under attack. Indra is always worried and insecure. In this world everything revolves around satisfying “My hunger”.

Shiva is the Lord of Mount Kailash. He has a Sheep, a lion, a snake, a rat, a peacock all around him. There are predators & prey around him co-existing peacefully because there is no hunger. But not everyone can be like Shiva, even his own wife Lord Parvati fought with him on this and said that while he may have overcome his need for hunger, she, her children and others still had a need for hunger. What about other peoples hunger. Hence while there is peace, there is no prosperity.

Vaikuntha is where Lord Vishnu prevails. For him satisfying others hunger is first and through that he is able to satiate his hunger. There fore his land is like a “rangabhoomy” a beautiful playground where there is prosperity coupled with peace.

Inevitably, to most Leaders, their own hunger comes first. The need to satisfy Business/Financial results comes first. It leads to a hostile environment in the Boardroom, workplace and the market place. There could be prosperity but without peace.

The ideal model would therefore be Vaikuntha where others (employees, suppliers, competitors, government & society) hunger matters first. This belief can lead to a playground as opposed to a battleground and finally to prosperity with peace.

Listen to Devdutt Pattnaik, Chief Belief Officer of the Future Group explain this.

What makes a great leader?

Management theorist Simon Sinek suggests, a Great Leader is someone who makes their employees feel secure, who draws staffers into a circle of trust and by creating trust and safety — especially in an uneven economy.

A true Leader is one who puts his neck out there on the firing line, leads from the front, willing to sacrifice his interest to protect his flock out there. That’s why it is often said that “employees don’t leave companies, but leave managers”.

When employees and other stakeholders see these traits in their Leaders they tend to stay with them and that’s why we find that in many organisations, who are not the best pay masters and not as swanky as others, employees still tend to hang on for longer period of times, than in companies who are better pay masters and swankier.

Success, creating wealth, satiating hunger need not necessarily come at the cost of others, it can be achieved by creating an inclusive environment, where everyone’s need is met with. Great leaders can help convert a battle ground into a beautiful playground.

Why is it that at the slightest signs of trouble, financial pressure, downturn, companies tend to lay off scores of people. Look at what Steve Jobs had to say when faced with downturn

“We’ve had one of these before, when the dot-com bubble burst. What I told our company was that we were just going to invest our way through the downturn, that we weren’t going to lay off people, that we’d taken a tremendous amount of effort to get them into Apple in the first place — the last thing we were going to do is lay them off. And we were going to keep funding. In fact we were going to up our R&D budget so that we would be ahead of our competitors when the downturn was over. And that’s exactly what we did. And it worked. And that’s exactly what we’ll do this time.”

And if you ever had to downsize or layoff, look at what Tata Steel Offered to its severed employees. Downsizing minus the tears- The Sunhere Bhavishya ki Yojana scheme,  1.2times the current months salary till the date of notional retirement along with insurance benefits. Can there be a more largesse than this.

Look at the Tech Mahindra incident which went viral and ultimately Anand Mahindra had to come out and apologize for the insensitive behaviour of their HR Department.

Infosys is sitting on a pile of cash 5 Billion $ (30,000 Crores INR) and is still resorting to layoff. Even their founder Founder Chairman of Infosys N R Narayana Murthy on Friday expressed sadness over the IT companies laying off their employees as part of their cost cutting strategy. It’s the same with other major IT Companies. They have enough cash reserves but are still resorting to layoff in order to look good before their share holders.

When aspiration leads to greed, that’s where the rot sets in. There is no end to greed. Look at what happened to Enron, Arthur Anderson, Satyam Computers etc.

How much is Enough is a difficult decision. Many argue that “How much is enough” is relative. How much is ENOUGH is often led by the NEED of an individual. However I believe that we should not let the NEED become GREED. It is sometimes argued that the basis of greed is need. I feel that it’s not a real need, but a felt need. There is a thin line between GREED and NEED. How do we define it though? How do you know that you have ENOUGH? Only when you can know your “ENOUGH” then you are on the right track. Its important to know your ENOUGH. If you don’t know your ENOUGH, you will always want to fill that void, and its one of the hardest things to do, no matter who you are and how rich you are.

Cine Superstar Rajanikant has said “There is nothing wrong in dreaming a luxurious life. What needs to be taken care of, is to not let the NEED become the GREED. Because needs can always be be met..but greed can never be fulfilled”.

Even Mahatma Gandhi, rightly said “there is enough to meet the needs but not the greedy”.

Look at Lord Vishnu, Jesus Christ & Gautama Buddha or modern day leaders like Mahatma Gandhi, Martin Luther King, Nelson Mandela or Mother Teresa. They sacrificed their lives to help others lead a peaceful life. That is why they are legendary, remembered and followed for generations and centuries.

Can leaders take a leaf out of these GODs, Legendary Leaders and from  Devdas Patnaik, Simon Sinek – the Army, Steve Jobs (Apple) or the Tata Steel and build an organisation, a Leadership Style where we build a Vaikunta which allows all stakeholders to live and let live and help build prosperity for all and co-exist with peace. Can we start recognizing & decorating Leaders who sacrifice themselves at times of adversity, rather than sacrificing their team.

These Leaders, thought-Leaders & Organisation have shown that Might is Right or Survival of the Fittest is not the only way of survival or success. 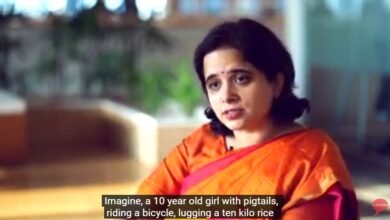 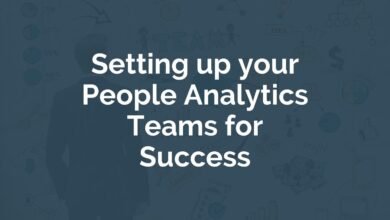 Setting up your People Analytics Teams for Success 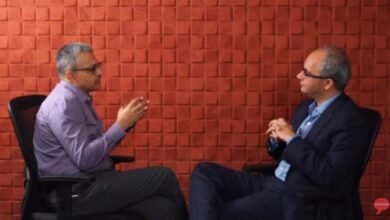