I have always been fascinated with Leonardo da Vinci. The Italian polymath lived during the Renaissance. He had a wide range of interests, from drawing, painting, sculpture and architecture to science, music, mathematics, engineering, literature, anatomy, geology, astronomy, botany, paleontology, and cartography. He is hailed as one of the greatest painters despite only 15 of his paintings surviving.

I have often wondered if Leonardo would have made for a great employee in the first decade of this century. The answer is a definitive “no”.

Organisations have been obsessed with productivity and return on investment. Leonardo’s body of work would not have qualified for an annual increment, given his productivity. “Just 15 canvasses over a lifetime, are you joking?” Someone would have done a time and motion study and calculated how long someone working for eight hours a day would have taken to paint 15 of those canvasses.

That is just how we have trivialised work and taken away all the vital elements that create meaning and identity of the worker. The transactional aspect of work is what we do to earn a living. Repetitive tasks create boredom. They turn the relationship between the employer and employee transactional and a place of work into a marketplace. We cannot let this mindset shape the future of work in the new decade.

A recruiter spends barely six seconds looking at a resume to short-list for an interview. An algorithm can look at the same keywords in a million resumes in a few minutes. A recruiter can get frustrated while trying to match calendars to schedule an interview meeting between a candidate and the interviewing panel. Automating such tasks makes eminent sense. Asking routine, fact-checking questions can be done by a chatbot. If you automate all of that, the most important element of the workplace is what only humans can do. The ability to create a workplace that makes people happy to do something that is so fundamental to a human being — work. The future of work must create meaning for the worker and value for the user. That needs to be work fuelled by dreams, emotions, creativity and human relationships. It needs leaders who understand that Leonardo’s paintings were exceptional because he was a polymath whose boundary-less curiosity made him see connections between every discipline he pursued.

Work is no longer being done by just the employee inside the workplace. It is being done by machines and algorithms working alongside employees. It is also being farmed out to communities, experts, freelancers, gig workers and many others who may be outside the organisation.

The value creation lies in everything human — through creativity, collaboration, empathy and human connections. Some of the work that we are most passionate about does not pay us money. The payoff is in social approval and intangible things like reputation and influence. Think of all the posts we put on social media that we post for free and what makes money for the platform.

Workplaces must become the place we go to for the inspiration that creatives seek out in a café where brilliant conversations happen.

The workplace no longer has any boundaries. It is not an aquarium that is isolated from the ocean. It is part of the ocean. What is inside the organisation is influenced by what is outside. The world outside gets shaped by what is created inside the organisation in utter secrecy. The workplace is a virtual place where there is a smartphone and internet connectivity. Now it needs to provide everything that triggers the human desire to learn. Upskilling the workforce at scale constantly will be the greatest challenge the world has seen.

The ranks of the freelancers and gig workers and gig-artistes is growing faster than the growth in the number of people who are getting employed. In the workplace, everything about the work and worker was binary. You were either an employee or not. You were either male or female. When a new account is set up on Facebook, there are 71 options to describe the gender you believe you are. The world of work is still struggling to add the third gender. Workplaces have to be designed for fluidity of work and human relationships. Today, it is deeply hierarchical and unequal. The future of work must deal with fuzzy issues like fairness and ethics. Only then will it address issues of equality and sustainability.

This is a new world of work, workers and workplaces. The systems that govern workplaces are still being run like the analog world. When movie making first came about, the movies were like stage productions put on film. It is only later that people experimented and found that the story did not have to be shot in sequential form. Cinema offered new forms of storytelling like flashbacks. Or the use of sound, silence and songs for storytelling. Workplaces must discover the new sounds, silences and songs before they can tell new stories.

When teachers teach with the exam in mind, more students get better grades but remain unemployable. When everything at work is rewarded, it kills motivation. We choose places for vacations because they have Instagrammable value — not because we love being there. The world of work has to be done without constant measurement and rank ordering. Anything that cannot be measured is ignored. That limits us to what is tangible. Yet, everything that creates meaning and happiness for humans is hard to measure and intangible — being able to learn and grow, being able to help others, staying curious and building things for the joy of it.

2. Stop rewarding what you want:

Organisations want “innovation and teamwork”. They incentivise it. They put it on posters. Yet, the performance management system rewards only what is measurable and complete. It encourages employees to take up measurable goals that can be completed in a year and not moonshots that can have exponential impact. Moonshots do not follow annual appraisals and goal-setting processes. Moonshots are ignited by the desire to solve an unsolvable problem. Inspiration and the desire to solve the impossible motivate humans to try for the exponential.

We are entering a decade where we will face the largest challenge in the history of work. As machines take up routine, rule-based work, how can humans take over creative, unstructured work that a constantly changing “fluid-environment” offers? To thrive in this world, offering more standardised rule-based work done against a stopwatch is futile. It needs everyone to be trained the way Leonardo trained himself across disciplines to find connections between them. He also was driven by his curiosity to go deep in each field enough to be able to create a body of knowledge.

The work must evolve to see the “unseen and invisible” needs of the customer. Connecting the unconnected dots needs people who can straddle their ideas like Leonardo. It needs to nurture people who are equally comfortable in science, music, mathematics and engineering as much as painting, literature and astronomy. To build such a product needs a worker who can learn what they have not learnt before. The workplace has to offer psychological safety to be able to risk failures that are a by-product of moonshots.

If we want to nurture the Leonardo in the workplace, build it like an atelier where a principal master and a number of assistants, students, and apprentices can work together. Workplaces must be places where people can explore unstructured, ambiguous problems. Our workplaces have been designed with a mindset of scarcity. They need to be redesigned for times of abundance and exponential growth. It can be about letting people becoming polymaths like Leonardo who just enjoyed becoming a better version of themselves.

The new decade needs to nurture Leonardo in every organisation. That is how we will change the future of work. If you are interested in nurturing Leonardos in your organization, contact me at abhijitbhaduri@live.com

This is the first article I published in the new decade. It is from my column in Business Line where I write about how technology is shaping workplaces https://www.thehindubusinessline.com/profile/author/Abhijit-Bhaduri-16353/

How to Answer the Question, “Tell Me About Yourself”

Ask yourself these 4 simple questions to develop your leadership skills 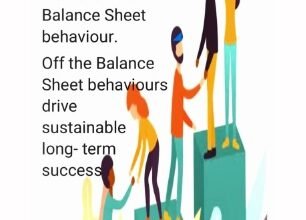 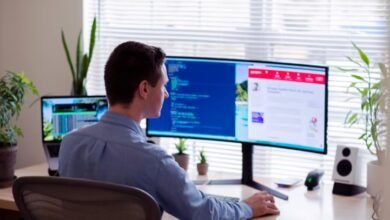 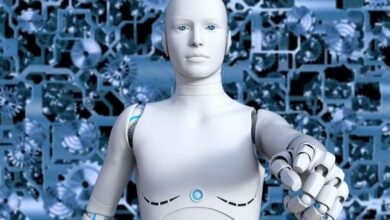