CHENNAI: After Flipkart came under the scanner for the IIM fiasco, it is now L&T Infotech that is facing the wrath of students. After a 1.5 year anxious wait, nearly 1,500 students who got letters of intent from L&T Infotech in early 2015, are still waiting to see the insides of their employers’ office.
A group of 100 students along with representatives of the Knowledge Professionals Forum staged a protest on Monday in Chennai, voicing their anger. “They cannot leave us in the lurch,” said one of the students.

After selecting over 5,000 students from various colleges following multiple rounds of assessments and interviews, the company rolled out letters of intent in early 2015. While over 3,000 students were eventually taken in, others were given a tentative joining dates. The compnay reportedly told the students that the business requirements had changed and they would be notified of the final joining date at a later stage. TOI’s emails to L&T remained unanswered.

In March 2016, the students received an email from the company informing them to prepare for an assessment. “I was shocked to receive the email. I had cleared all the assessments and interviews when the company came to college,” said a student under anonymity.

Many students who gave the assessment found the questions difficult and above their knowledge level. In the first week of April 2016, students who failed the assessment were sent an email informing them that the letter of intent issued earlier stood cancelled.

“We want these recruits to be re-initiated with the company. They must be paid compensation for their wait. Placements must be monitored by Anna University, state and the central government,” said the Knowledge Professionals Forum spokesperson.

Once a student gets placed, colleges do not permit students to participate in the placement process. Thus, these students were left with no back up option.
“We took loans to join that particular college just to get placed. Banks are sending us letters regularly and we are in no position to answer them. L&T Infotech kept stalling, telling us not to panic and now, have left us nowhere,” a student said.

Extremism is Hurting the Sales Profession!

Which Of These Five Types Of Procrastinator Are You? 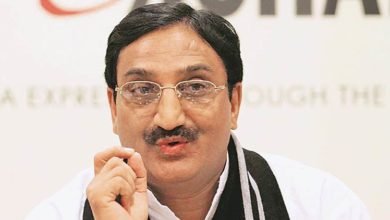