Lying is socially undesirable. Yet, most of us lie several times a day, the rest do it all the time. It is a superpower that people routinely use to tempt fate, defy death and achieve the impossible.

When my kid wanted my opinion about the piece she had played on the violin, I was faced with a moral dilemma. I had four choices to pick from in increasing order of truthfulness

Parenting is a tough role that comes with no instruction booklet. I used the strategy that I used in cracking competitive exams. Eliminate the obviously wrong choices and then take an educated guess.

“Option 4 is out. It will shatter the kiddo’s confidence and she won’t play the violin ever. I will have to figure out how to sell that violin to another unsuspecting (but loving) parent. Option 1 is a lie that even my kid will not believe. Choice 3 is closer to the truth and the kid is likely to quit music. Besides it would lead to lowering her self-worth. So I chose option 2.”

My heart kept worrying about my kid’s hopes and dreams. I gave in. I told a lie.

Hope is sometimes the by-product of a lie.

The doctor’s lie was also option 2

‘Will I recover in time to welcome my grandchild?’ The patient asks the doctor. The doctor said, “It is incredible how well you have responded to the treatment.” It was an option 2 response. An option 1 response would be to say, you will live for another 50 years.” Option 3 and 4 would kill the person sooner. Doctors have no choice but to not tell the truth. It is a difficult choice that they have to make many times a day.

The one who never lies

According to the epic Mahabharata, Yudhishthira – one of the 5 Pandava brothers, was known for never telling a lie. He told a half-lie and managed to kill someone. Here is what happened.

During the epic 18-day battle, an elephant named Ashwatthama was killed. That was also the name of Drona’s son who was fighting against the Pandavas. Drona was the commander of the Kaurava army in their battle against their cousins – Pandavas.

The Pandavas spread the rumour of Ashwatthama’s death without specifying that they were referring to the deceased elephant. Drona approached the eldest Pandava, Yudhishthira to learn the truth trusting his reputation for being the one who never lies. Yudhishthira confirmed that Ashwatthama had been killed, and then murmured inaudibly that he meant the elephant and not Drona’s son. Thinking his son had died, the heartbroken Drona surrendered his weapons and was soon decapitated by the Pandava army.

(According to this version, this was not the only time that Yudhishthir lied. There were 15 more instances when he lied. Read more)

To be told a lie is sometimes the best thing

Rudeness lowers performance and creativity. When an employee is told that they are not good enough, they feel demotivated. The skilled people managers can turn the poor performer into a star. Every people manager will tell you it is hard to choose between wielding the sledgehammer of truth and an outright lie. It takes a lot of training to understand how to strike the balance.

Mild lies are the social grease that keeps human relationships moving without a squeak. A lie when dipped in love becomes the truth we can swear by. We are willing to tell an outright lie to save a loved one or give hope to someone who needs to see a ray of hope.

In a 2005 study of painkillers published in the Journal of Marketing Research, study participants took the same painkiller, but the research showed that those who were lied to and told it cost more, seemed to experience more benefits.

The easiest person to fool with our lies is the person in the mirror. Believing that we are immortal leads us to make choices that kill. Believing that the employees love the outlandish behaviour of the boss can lead to embarrassing moments.

Fake it till you get the funding

Elizabeth Holmes built Theranos, a company that would ‘change the world’. (That phrase is warning bell no 1 in my head). She raised almost $10billion until the grand fraud was exposed. She dressed like Steve Jobs (another warning bell in my head). And reportedly practised speaking in a low voice without blinking. Then it all came apart. The brilliant stories she had woven about herself and the business, all came apart.

But she too was building hope by telling a lie. When the lie benefits the liar, it is wrong. But if it builds hope in someone else, it is socially sanctioned.

A job interview brings out the liar in many candidates and employers alike. People lie on dating apps to appear more interesting than what they actually are. The higher the stake, the greater is the temptation to cook a story that is untrue. Job interviews are no exception. People overstate their contribution to team successes. No employer will ever admit to playing ‘politics’, but they do.

Brands are built on stories that are believable. Is storytelling a euphemism for lying or does it help us make meaning?

Storytelling is a tool. It is like a knife. It can be used to heal or kill, depending on the user. Human beings are attracted to stories. It helps us create meaning. Religion is a story so powerful that we live our life by it and even decide who to hate based on that story. The vision of a free country can drive thousands to sacrifice their life without flinching.

Viktor Frankl’s book Man’s Search for Meaning describes his experiences as a prisoner in Nazi concentration camps during World War II. He survived the horrendous conditions by identifying a positive purpose in life and imagining that outcome. The ‘lie’ he told himself helped him build the strength he needed to survive.

Making meaning can begin with a lie

Hope, resilience and confidence often begin with a lie – a lie that we tell ourselves. Where the odds are insurmountable we tell ourselves ‘this too shall pass.’ That lie triggers the strength to overcome the adversity. Believing our own narrative can be the trigger for hope. We no longer see it as a lie. It is our dream and our truth. That act of self-delusion can be the path to recovery.

Resilience comes when we instil belief in our own capabilities. If the entrepreneur does not believe they can “change the world” no progress would be made. Scientific studies are funded with the hope that we will conquer deadly diseases. A nation feels confident when they believe “we shall overcome”.

Lying can be the way to create meaning, build hope and confidence. Believing that it is possible to build a better has motivated Nobel Prize winners. Lying is a superpower. With great power comes great responsibility. Problems begin when we lie to ourselves and look away.

If you have read Shankar Vedantam’s new book Useful Delusions: The Power and Paradox of the Self-Deceiving Brain leave a comment and tell me if you like it.

How and Why Human Resource People Can and Should End Ageism

How LinkedIn is Hiring a Lot of Recruiters, Fast 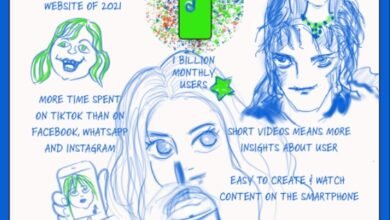 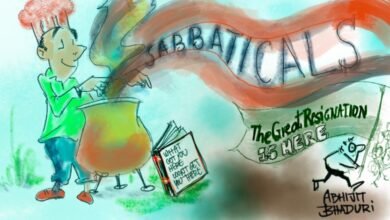 Sabbaticals – a way to stay sane 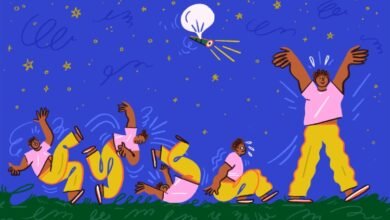 How to move on after failure — and rebuild your confidence