Four monkeys were put together in a cage. After prancing around for a while, the monkeys espied a bunch of bananas that had been placed on top of a pole that ran from the centre of the cage to almost the roof. One of the monkeys scampered up the pole to grab the bananas. As the monkey reached out for the bananas, a trap door opened, and a powerful burst of water hit the monkey’s face, almost snapping back the animal’s neck. The monkey got thrown off the pole, and landed on its back, falling very hard. Huge stabs of pain ran through the monkey’s back and neck. The other monkeys stood around, horrified and bewildered.

The water was then disconnected, never to be used again. Fresh bananas were placed on top of the pole, every day. No monkey, even after wistfully looking at the ripening fruit for hours, moved towards the bananas. Next week, one of the four monkeys in the cage was replaced with a new candidate. This new fellow screamed with joy, “Bananas!” and proceeded to scale the pole. The other three monkeys jumped up with alacrity, pulled the new monkey down, wagged a finger at him, and said, “Never do that!” The fruit continued to rot, every day.

Over few weeks, all the four monkeys in the cage were new candidates. Yet, the fruit sat on top of the pole, rotting away.

At a programme on the importance of being customer-centric and customer-oriented, a Senior Manager would interrupt us after every point we made, and say, “In this company, we do not have these good practices. We really don’t care for the customer.” Or, “I have never seen this practised by anybody here…our bad habits are deeply ingrained.” And, “Our Senior Management must first understand these things. The trouble begins there.”

When challenged by the rest of her colleagues in the room for data and proof for where she has seen such incompetence in the company, she stood her ground for a while, gave up, and sulked all day. It never takes long for the troop of monkeys around you to start controlling you.

All criticism is not born out of cynicism. A man (in a Sufi story) was using a stick to beat a snake that had got under the carpet. Wherever the snake reared its head, he hits out. He would be pleased when the carpet went flat. After a brief while, the snake’s head would rear again at some other part of the carpet, and he hits again. You want to get the snake, you have to move the carpet. Hiding fears and flaws never works in the long run.

How to negotiate (even when everything seems hopeless)

The One Change That Might Save The Dying Performance Review 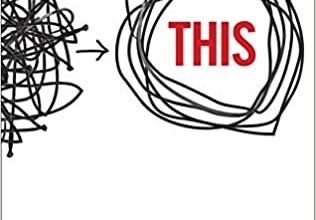 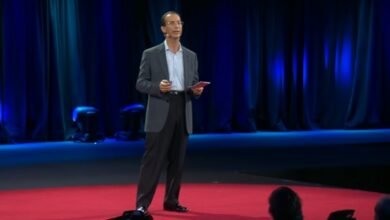