The most awkward thing happened at my job yesterday. Two of my co-workers got into a screaming fight — not a disagreement but a full-on throw down.

Luckily neither of them works in my department, but the battle happened in the hallway right outside our department.

One of the women told the other one “You’re a joke. Nobody likes you because you talk about people behind their backs.” (Which she does.)

The other woman said “You have a lot of nerve criticizing me — you should have been fired a long time ago!” That was the friendliest part of the conversation.

After that they devolved into f-bombs and two managers had to break it up before they got physical. It was very intense.

On the one hand, I was mortified for the two women who lost their cool.

On the other hand, I believe (and so do my co-workers) that these two employees were also reacting to the stress level in the company, which is very high.

Obviously it’s not professional to get into a screaming fight at work, but everybody here is on edge.

There was a big layoff before Christmas and now we are waiting to see if there are going to be more layoffs. It’s very hard to concentrate on our work.

Now the rumor mill is waiting to hear if either of those two employees is going to get fired or what’s going to happen.

In our department we’ve been trying extra-hard to be nice to one another and everybody we deal with, because the stress would kill us otherwise. What do you make of my situation?

Inspiring the next generation of female engineers

Most successful college drop-outs in history 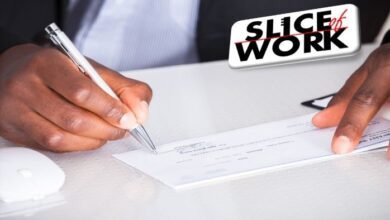