In traditional belief, there is only one heaven. This concept of one heaven comes from monotheistic religions. So, Christianity, Islam, and Judaism speak of one heaven, where souls go after death, if one has been true to the way of god. However, in Hinduism, there is a reference to three heavens. There is Swarga, the heaven of Indra; there is Vaikuntha, the heaven of Vishnu; and there is Kailash, the heaven of Shiva. These represent three very different concepts. None of these places is accessible by following any law of god, because the idea of commandments and alignment to the law of god are not Hindu concepts. That’s an Abrahamic concept.

In the Vedas, there is no concept of Vaikuntha or Kailash; these concepts come from a much later time: from the puranic traditions. In the Vedas, performance of duties, especially the performance of sacrifices and rituals such as yagya, enabled one to get access to Swarga. In later traditions, references appear for the first time in the Mahabharata of the belief that any time in Swarga is temporary and not permanent. There is a higher heaven beyond Swarga, which is referred to as Vaikuntha, the heaven of Vishnu. Similar ideas appear in the Puranas, only here those who worship Shiva prefer Kailash to Vishnu’s Vaikuntha.

By contrast, Kailash, the heaven of Shiva, is a mountain of stone covered with snow, where nothing grows. There is no food here. So, the only creatures who can survive in Kailash are those who are never hungry. Thus, Kailash is the abode of ascetics, who have outgrown hunger. There is no hunger and, therefore, Ganesha’s mouse is not afraid of Shiva’s snake, which, in turn, is not afraid of Karthikeya’s peacock; Shakti’s tiger is not interested in eating Shiva’s Nandi; and Nandi is not worried about the absence of grass on Mount Kailash.

Vaikuntha, on the other hand, lies on the ocean of milk, where Vishnu seems to live in luxury, on the coils of his serpent, with his spouse, Sridevi, at his feet. While it looks like Swarga, Vishnu, like Shiva, is not hungry, but he is paying attention to other people’s hunger. This is why he does not stay in Vaikuntha forever, but descends from time to time, in various avatars, to solve the problems on earth as Ram and Krishna. He is, thus, interested in other people’s hunger.

We realise the three Swargas in Hindu mythology are designed very differently from the single heaven of Abrahamic mythology. Here, it is about the indulgence of hunger in Swarga, outgrowing hunger in Kailasha and taking care of other people’s hunger in Vaikuntha. Unfortunately, we confuse these concepts and are unable to appreciate that different cultures approach the idea of heaven differently.

The Future Of Work Is Here, What Is Your HR Organization Working On? 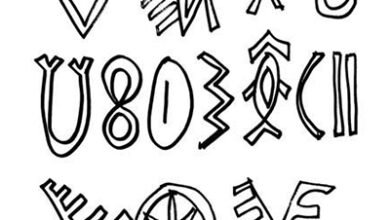 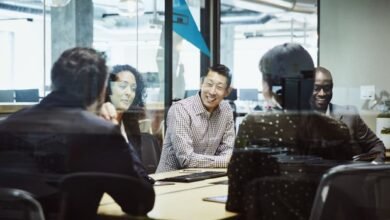