According to a press release by the company, among the top growth sectors, Telecom/ISP continue to lead the long-term growth chart with a 49 per cent despite increasing speculations of massive job loss in the sector due to ongoing consolidation led by key players.

The year-on-year growth rate in the Banking/Financial Services, and Insurance sectors saw a surge of 39 per cent in May 2017 from 31 per cent in April 2017. Production and Manufacturing sectors (down 37 per cent) recorded the steepest year-on-year decline even in May 2017.

City-wise data shows that Kolkata (up 30 percent), Ahmedabad (up 18 percent) and Coimbatore (up 13 percent) recorded the steepest year-on-year growth.

Commenting on the trends, Sanjay Modi, Managing Director, Monster.com, APAC & Middle-East, said,“With increasing automation, demand for niche skills may grow in IT amidst changing landscape. This may lead to additional focus on re-skilling and up-skilling in the sector. The long-term growth rates have paced up in both the sectors.

“The implementation of GST is expected to revive the job market in the coming months. The new tax system will have a positive impact on ease of doing business thereby making it conducive for foreign investors and companies. This would help better execution of all government initiatives and propel formal job creation,” he added. 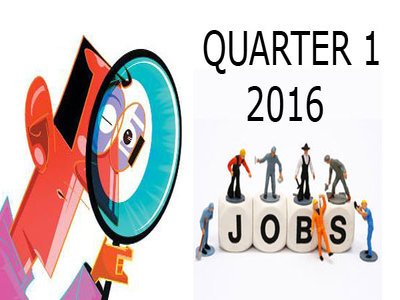