Snagajob COO Jocelyn Mangan says it wasn’t long ago that her 500-person company had two design teams–one just for marketing and another for all-purpose design. The two didn’t exactly coordinate.

“Some of those designers were being treated as production-line designers,” Mangan recalled earlier this week at the Fast Company Innovation Festival in New York. “They weren’t being brought in at the early stages of things.” So Snagajob, a marketplace for hourly workers and employers, appointed a design leader to oversee everything design-related, regardless of whether it was for a marketing campaign or a product. Now, says Mangan, “There’s not a designer who gets something put on their desk and told, ‘Hey, go paint that blue.’”

The reason why designers can get treated as mere colorists rather than as the product designers that they are, Mangan believes, represents one of the most widespread organizational challenges out there: Companies draw up org charts that reflect their employees’ professional buckets, rather than the outcomes that best serve customers. To bust out of the “silos” that mentality typically creates, Mangan and her team are testing two ingenious solutions.

OPTION NO. 1: REDRAW THE ORG CHART AROUND CUSTOMER PERSONAS

“Discipline reporting still exists,” Mangan concedes. “It’s very important if you want to become a better marketer, a better engineer, a better designer.” But that model has its limits, especially when it comes to collaboration. “The more you can say, ‘Look, this is the customer we’re trying to reach, and we want this outcome,’ then it doesn’t really matter whether you’re in sales or marketing,” she explains.

As a marketplace for connecting hourly workers with employers, it had initially seemed logical for Snagajob to assign staff to focus on either the “worker” or the “employer” side of its user base. But around a year and a half ago, after Mangan joined the company from OpenTable, Snagajob realized this approach was “a false distinction.”

One employer may be the owner of a small, family-owned seafood restaurant, with seasonal hiring needs for a small staff. Another employer may be the human resources lead for a corporate behemoth like KFC, whose culture, hiring protocol, and staffing needs differ dramatically. So grouping those two customers together under a single rubric–“employer”–overlooks the yawning divide between them, even though their differences will dictate how they use Snagajob’s platform. Worse still, grouping these two distinct customers together asks a marketer for the “employer” team to try and reach two radically different demographics simultaneously.

So in recent months, Snagajob has begun to experiment with restructuring its marketing teams around “customer persona,” and it’s already having an impact, Mangan says. Marketers have learned to “start thinking about the business outcome” for a given customer segment–rather than whether or not a certain task is a job that an “employer” marketer at Snagajob would ordinarily do.

How to pair up employees for mentoring relationships 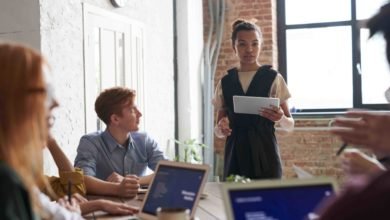 5 Ways to Start a Successful Business